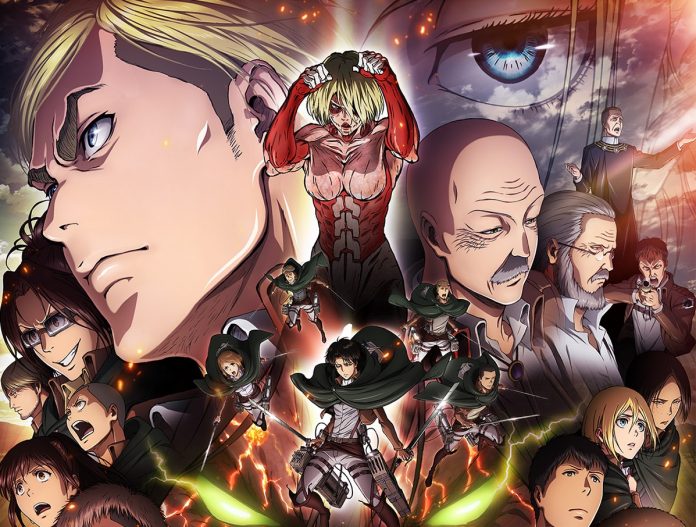 The second season of “Attack on Titan” is being developed, and fans of the animated series have been waiting for more than three years since the first season premiered. The manga, which started in 2009, has new details in store for the viewers of the show.

The production of the animated series was halted due to the lack of source material, and what was available was not enough to create a twenty-five episode format. Now, the manga has more chapters to offer, and it was mentioned that it will cover Chapter 34 to Chapter 70 of the material.

As reported by Parent Herald the production of the hit animated series is now being resumed. It is said that the story of the next season will revolve around two story arcs. The “Clash of the Titans” is made up of four volumes which are 16 chapters overall. Meanwhile, the “Uprising” arc has five volumes which has 20 chapters in total.

As mentioned in reports, there are spoilers that are already circulating online. Based on a leaked video, it was shown that the military is panicking after seeing a titan inside the walls of the city. It is still unknown how the titans ended up inside the wall in the first place which may be explored in the upcoming season.

In addition, there are also speculations that other members of the Survey Corps can also transform into titans as well which will come as a big surprise to fans. It is said that those characters might be Reiner, Bertolt, Ymir and Braun.

Regarding the arc of the “Clash of the Titans,” the reason why there will be a clash in the story is that three of Eren’s teammates will abduct him. Erwin will rescue Eren Jaeger, the main character of the story.

However, these spoilers are yet to be confirmed.

While there is no final air date for the second season, fans can expect “Attack on Titan” to return before 2016 ends.

‘Game of Thrones’ season 7 to feature a more ruthless villain...