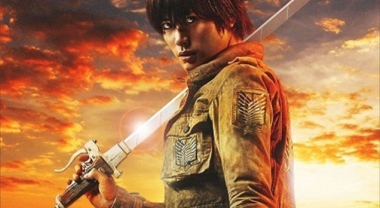 The popular Japanese group Sekai no Owari will be performing the original theme songs for the upcoming Attack on Titan live-action films.

According to RocketNews24, the group will be performing one theme song for each of the two live action films. The first song is titled “ANTI-HERO” and was written by Fukase, the red-haired member of the band.

Fukase further described the song as “a love song for a villain.” He said that the song was based on the feelings of wanting to protect someone close to him no matter what the cost.

“I wrote it based on the feelings of wanting to protect someone close to you, not wanting to hesitate, and not caring what the eyes of the world see when they look at you,” RocketNews24 quoted him as saying.

The second song is titled “SOS” and was penned by female member Saori, who usually wears blonde hair when performing with the group.

Saori said that the song was inspired by the fighting in the film, and in the anime and manga series as well.

“I saw the film with its theme of fighting, and I wrote the lyrics with the idea of ‘Protecting someone else is the same as protecting yourself,'” she told Japanese publication ORICON STYLE.

The rock group is known for its flamboyant image, with members generally wearing clown masks or a top hat during performances. Actor Haruma Miura, who plays main character Eren in the films, said that Sekai no Owari fans are in for something “different” from the group.

“Sekai no Owari created something with a very different worldview than anything else they have up until now,” Miura described the songs to ORICON STYLE.

The two films will be released on August 1 and September 19.

In addition, the second season of the anime will be released in 2016. The Venture Capital Post said that the production team is only awaiting new chapters from the manga.

Two compilation films, “Crimson Bow and Arrow” and “Wings of Freedom,” that compressed the first season of the anime have also been released, CrossMap reported.

'The Expendables 4' release date: Film rumored to be delayed due...