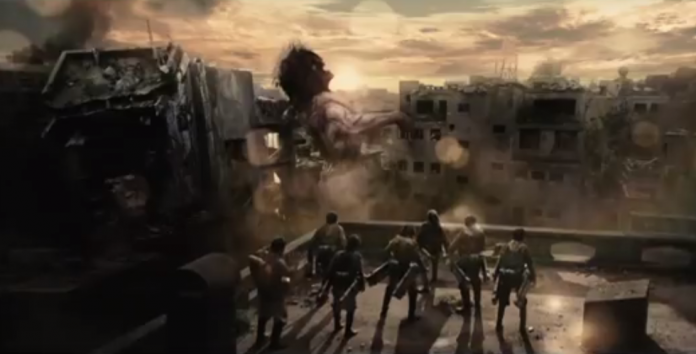 Following the premiere of the first part of “Attack on Titan” in some parts across the globe, FUNimation Entertainment, which has secured the rights for distribution earlier this year, has announced the release dates of the two-part “Attack on Titan” live action movies.

Unlike other franchises which set the dates apart for at least a year, the first part of the theatrical launch will be on September 30 and will be followed three weeks after on October 20 for part two.

Chief executive officer and President of FUNimation Entertainment Fan Gen Fukunaga stated that, “Fan reaction to Attack on Titan was extremely positive at the world premiere and we’re pleased to be able to announce dates for the theatrical releases in September and October. Attack on Titan is a worldwide phenomenon and we are excited to bring the live action movies to not only fans of the manga and anime but also horror fans as well from across the U.S. and Canada,” Superhero Hype reports.

To further hype up the anticipation of fans, an official trailer for United States was also revealed recently.

Attack on Titan film which is based on the original manga called “Shingeki no Kyojin” is developed by the series creator Hajime Isayama which has 50 million printed copies and spun several spinoffs as well as a 25-episode anime series.

The story revolves around the fight of the humans against man-eating giants called “Titans.” The main characters are Eren Jaeger, Mikasa Ackerman and Armin Arlert who joined the frontline elite soldiers called Survey Corps in protecting the people behind the towering walls which separate them from their colossal antagonist.

The film also explores the emotional side of the characters as they take revenge for the death of Eren’s mother and claim their world from the Titans that have depleted the population to an alarming small number.