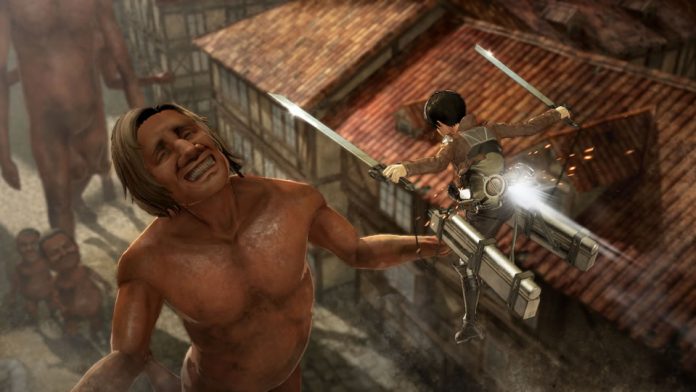 Fans of “Attack on Titan” are in for a treat this year, as both its game and season 2 are set to be released in 2016. While the launch date of season 2 is yet to be confirmed, the game is slated to come earlier.

A new and lengthy trailer was released for the “Attack on Titan” game, featuring the different characters and titans in action-packed battles. As the monsters feast on humans, the Survey Corps unleashed their fighting skills and techniques to bring the enemies down. Armin, Eren, and Levi showed off excellent moves in the open world set up of the role playing game.

The trailer also had an “after-credit” style similar to movies, toward the end of the footage, where it featured a huge villain that looked like the rumored ape titan. The ape-like titan looked more powerful and formidable compared to the earlier enemies that the heroes took down.

Prior to this, Koei Tecmo also shared a gameplay trailer earlier this month to feature the characters, weapons, and missions, noted Tech Times. In the video, it showed that the playable characters of the upcoming game include Armin, Conny, Eren, Erwin, Hange, Jean Krista, Levo, and Mikasa. It will be set during the storyline of Battle of Trost, where players can go to the quarters and town to meet with other characters or get weapons.

To begin the quest, players will first need to talk to the characters in the hub in order to choose their mission. Players may also first explore the tutorial of the game, which features similar scenes from its anime version where Armin, Eren, and Mikasa underwent training to become soldiers at the boot camp.

“Attack on Titan” will be released in Japan on Feb. 18 for PlayStation Vita, PlayStation 3, and PlayStation 4 consoles, while international release is expected around spring.

'Doctor Who' season 10 premiere spoilers: Is Clara coming back anytime...