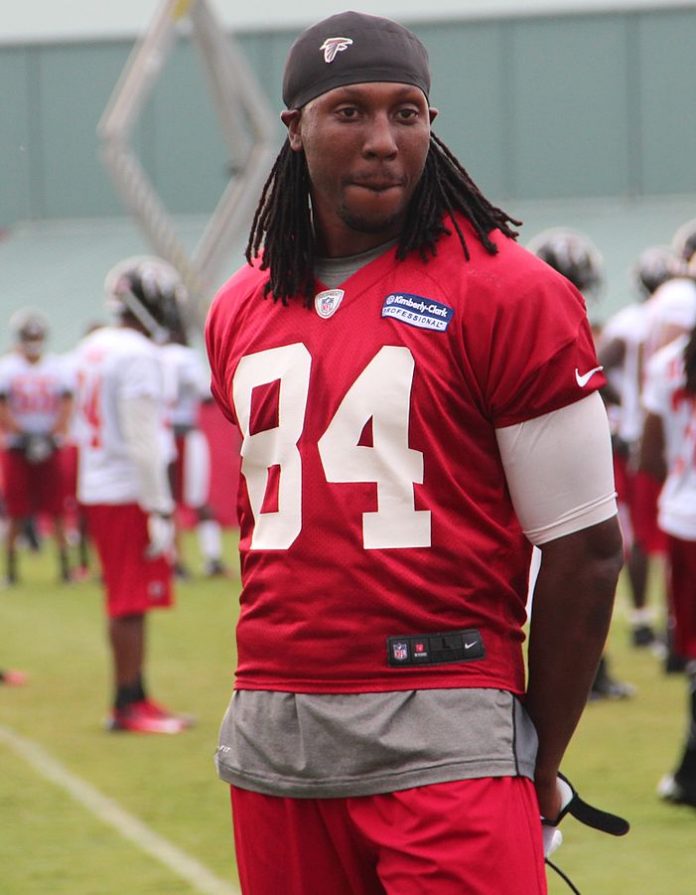 Roddy White and the Atlanta Falcons brought their long-time relationship to an end last Wednesday when the team announced his release. And while the parting of ways was seen as a mutual decision, White’s surprising claims last Saturday about his exit are fueling rumors that it wasn’t really as nice as everyone thought it was.

In an interview with ESPN’s Vaughn McClure, the team’s all-time leading receiver revealed that the reason for his exit was his tumultuous relationship with offensive coordinator Kyle Shanahan. Asked about his feelings towards being cut, he took a shot at Shanahan, though he did not mention him straight. “No, I ain’t frustrated at all; it is what it is,” he said. “That’s just the NFL. Eventually, it’s going to be your time… the other guys felt I couldn’t contribute to help the team win anymore, so they did what they had to do,” obviously referring to the “other guys” as Shanahan.

The wide receiver said that he already saw the signs that he wasn’t going to finish his remaining two years with the team. “They never gave any clear indication I was going to be there,” the 34-year old veteran lamented.

White owns more than 10,000 receiving yards while playing for the Falcons the only team he played for his entire career. He also is the only player in the franchise to have compiled that number, according to Bleacher Report.

Last season though was different because he endured a mediocre season, catching a measly 43 passes, which was good for 506 yards. As a matter of fact, last year’s output is the second lowest in his career so far.