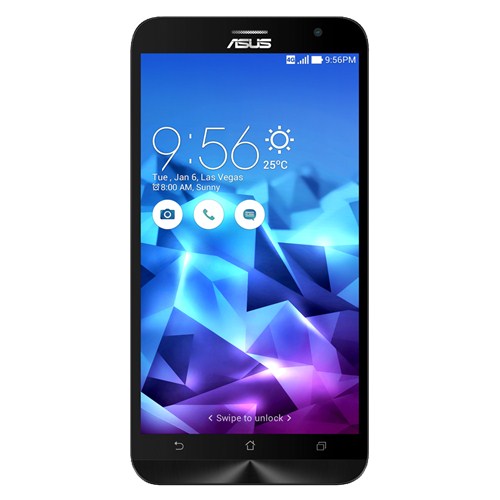 ASUS have pushed the ZenFone 2 to be more powerful, as they recently announced the arrival of the ZenFone 2 Deluxe Special Editionwith a massive 256GB worth of built-in internal storage.

As reported by Fone Arena, ASUS announced the new variant of the powerful ZenFone 2 Deluxe in a launch event in Sao Paolo, Brazil on Friday. The new ZenFone 2 Deluxe Special Edition will sport mostly the same hardware and software specifications as that of the previously announced ZenFone 2 Deluxe. The device will be available in Brazil starting September. However, ASUS had not given any price information regarding the new device.

The ASUS ZenFone 2 Deluxe Special Edition, much like its ordinary Deluxe variant, will 5.5-inch IPS display with 1080 x 1920 Full HD resolution, equipped with Corning Gorilla Glass 3 protection. It runs under a 2.5GHz 64-Bit Intel Atom Z3580 processor with PowerVR G6430 GPU. 4GB worth of RAM comes with the massive storage capacity, with support for an external microSD expansion of up to 128GB. It has a 13MP rear-facing camera with f/2.0 aperture, 5-element lens, and Real Tone flash, and a 5 megapixels front-facing camera, f/2.0 aperture. It boots on Android Lollipop 5.0, and powered by a 3000mAh battery. It supports dual SIM functionality with dual standby.

ASUS Chairman Jonney Shih announced earlier this month the arrival of several ZenFone devices in the Indian market. The ZenFone 2 Deluxe, ZenFone 2 Laser, ZenFone Selfie, ASUS ZenPad 7.0 and ASUS ZenPad 8.0 will be available in india, as announced at an exclusive ZenFestival event held at the Jawaharlal Nehru Stadium in New Delhi, India.

“We are very excited to bring our latest ZenFone models and all-new ZenPad Series to the Indian market,” ASUS Chairman Shih previously said. “These brand-new innovations are each an empowering luxury that strikes the perfect balance of beauty, functionality and performance, and offers Indian consumers a premium user experience tailored to their individual mobile needs.”