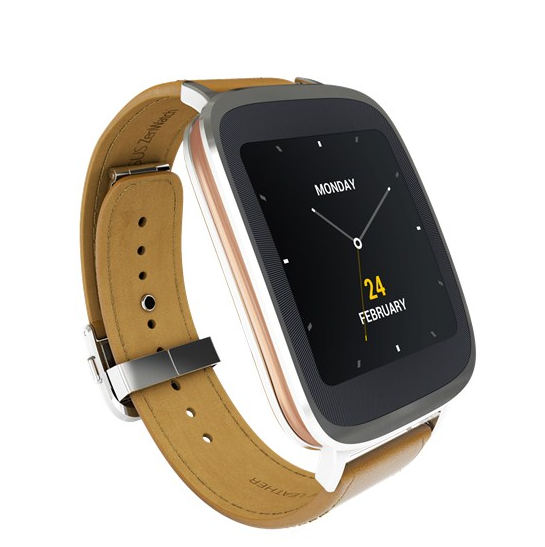 While Asus has released no official release date of the Asus Zenwatch 2 but rumors of its fresh new features are making its rounds online.

It is said that the Zenwatch 2 will come in two sizes to fit different wrist size and preference of the user. The body of the bigger variant, called WI501Q, comes in 49mmx41mm in 22mm strap while the smaller piece, with a model number of WI502Q, sports a 45mmx37mm body with 18mm strap. For users who go for W1501Q, there is an optional Chargeback battery case at the back of the watch for extra battery life, although one consideration for this is that it will be thicker.

Along with the concept of choice, Zenwatch 2 comes in 18 different straps in the form of colorful rubber, stainless steel metal link bracelet, Swarovski-studded leather, and other kinds of leather for more diverse choices of its users.

In terms of color, it will come in three hues silver, dark grey, and for more feminine touch, rose gold. It has also made its power button fancier with a metal crown that The Verge has described as “a new way to interact.”

For its look, it is speculated that Zenwatch 2 will come in AMOLED screen and 2.5D curved Gorilla Glass 3 for protection. Users need not fear outdoor activities with its rugged dust proof feature and an improved water resistance rating of IP67, which can be submerged underwater up to 1 meter for 30 minutes, and higher than its predecessor of IP55. The processor is said to be from Qualcomm, but still unconfirmed which one it is. Possibly, it will be the same 1.2GHz Snapdragon 400 chip from Zenwatch. It is also rumored that it will come with the same 4GB internal storage and 512MB RAM similar to its initial model launch.

While the official release date is up in the air, speculators believe that it is set to be released on September.