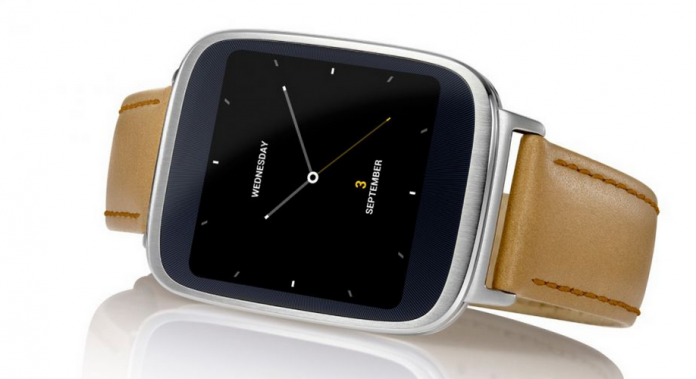 Asus comes back with sleeker and more options for its watch-users with Zenwatch 2, following its release of the Apple-patterned Android watch a few months ago.

The Taiwan-based company introduced two sizes to fit different wrist size and preference for Zenwatch 2. The body of the bigger variant, called WI501Q, comes in 49mmx41mm with a 22mm strap while the smaller piece, with a model number of WI502Q, sports a 45mmx37mm body with 18mm strap.

Along with the concept of choice, Zenwatch 2 comes in 18 different straps in the form of colorful rubber, stainless steel metal link bracelet, Swarovski-studded leather, and other kinds of leather for more diverse choices of its users. In terms of color, it will come in three hues silver, dark grey, and for more feminine touch, rose gold.

In terms of specs, parallel to its original variant, Zenwatch, it comes in 2.5D curved AMOLED encased in Gorilla Glass 3 for protection. It is also powered by Snapdragon processor, similar to the recent android phones that the company has recently released. Additionally, it can endure up to one meter deep of water in 30 minutes with its water resistance technology IP67.

On the other hand, one of the improvements that Zenwatch 2 promises to deliver is a significant improvement in its battery life. Asus chairman Jonney Shih said that “As a companion device, its central processing unit and operating system should be more simplified than the current version, so that I can use it for up to seven days on one charge, rather than for just two days,” as reported by Wareable.

However, the same observation noted that battery life comes in at around two days and not one week, but added that charging is easier with its new magnetic cable. In terms of usability, Asus also added wellness related applications through its fitness tracking features as well a more flexible camera zoom feature and the ability to switch from front to back camera.

Although there has been no rumor regarding the price and release date, users can expect it to be coming out around September time.