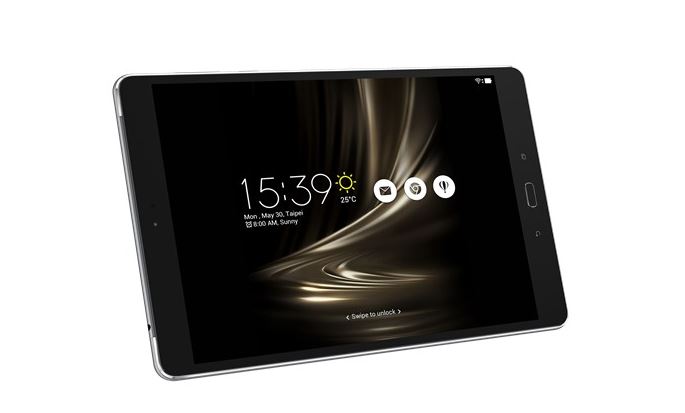 Nowadays, more and more tech fans are opting to use their smartphones to surf the web, catch up on the news, and update their social media pages, and the demand for tablets seemed to have died down in the recent months. However, ASUS has something new in store for consumers as it is set to unveil an ultra-thin tablet called the ZenPad 3S 10, and the tech company recently revealed that the device is coming to the United States.

ASUS took to Twitter on Nov. 1 and wrote, “The #ZenPad 3S will be arriving this month, and are currently on their way to retailers. Are you ready?”

The device was announced at IFA 2016, and the tablet has a metal body that weighs only 430 grams and is 5.8 mm thin. Its design includes double, diamond-cut edges which give it a premium look.

The ZenPad 3S 10 has a 9.7-inch 2K IPS display with a resolution of 2,048 x 1,536 pixels, and the screen covers 78 percent of the device’s front for a vast viewing experience. The display also has what is touted to be the world’s thinnest bezel at only 5.32 mm.

The device is powered by a hexa-core MediaTek MT8176 processor with 4 GB of random access memory (RAM). It comes in 32 and 64 GB internal storage options which can be expanded with a microSD card. For added security, the ZenPad 3S 10 has a fingerprint sensor which lets users unlock the tablet in a fraction of a second. The tablet has a 5,900 mAh battery as well as Qualcomm’s Quick Charge 3.0 technology.

The ZenPad 3S 10 has an 8-megapixel rear camera and a 5-megapixel front shooter for selfies. The tablet will run on Android 6.0 Marshmallow, but ASUS is expected to update it soon to the latest Android 7.0 Nougat operating system.

ASUS has yet to reveal a price point for the device, but a pre-order listing shows the 64 GB model retailing for $299. Stay tuned for more news about the ASUS ZenPad 3S 10.