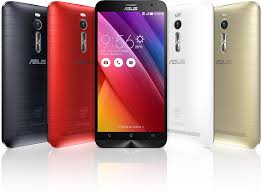 Taiwan’s Asus recently launched Zenfone 2 has been attracting attention in the market. According to Phones Review, the device with 4GB of RAM is quite popular and another Android device which seemingly received the same attention is OnePlus One when it was released last year.

OnePlus co-founder Carl Pei has revealed to PC World that another smartphone will be released on the series called, “OnePlus Two.” He confirmed that it will be introduced some time during the third quarter of the year, “Internally, we’ve changed the release windows 4 or 5 times. But we’re planning to have it available in Q2 or Q3. There’s a lot more expectations on us this time, a lot more pressure,” said Pei.

According to Crossmap, the rumored specifications for OnePlus Two include a 5.5-inch display with 2560 x 1440p screen resolution. It will be powered by Qualcomm Snapdragon 810 with 4GB RAM, which is expandable to up to 64GB via a memory card. It is also suggested that it will include a 16-megapixel back camera while 5-megapixel for a front shutter. The back lens might feature a LED flash and 4k video-recording capability while the front camera may include a wide-angle lens. It is also rumored to have Oxygen OS as its operating system since OnePlus has publicly cut its ties with Cyanogen.

PC Advisor also notes that it might come with 3300mAh battery. However there are no certainties with these details yet especially Pei said that, “We’ve actually changed the display size several times as well. The final product will surprise people.”

In comparison to newly introduced Zenfone 2, Extreme Tech reports that the phone’s specifications include a 5.5-inch screen with in-plane switching liquid crystal display. The screen has Corning Gorilla Glass 3 panels, equipped with high-definition screen resolution of 1920 x 1080. The front camera has 5-megapixel capability while the back features 13-megapixel with f/2.0 apertures. It is powered by a quad-core, 2.3GHz, 64-bit, 22nm Intel Atom Z3580 processor with a PowerVR G6430 GPU and 4GB RAM. It also has 3,000mah battery.

OnePlus Two might appear to have some better features although the details are only speculations at this time.