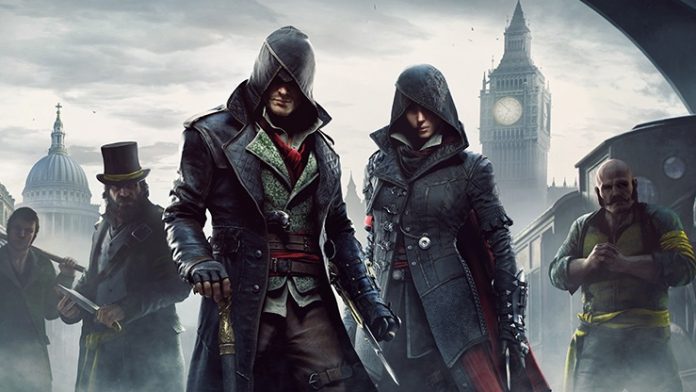 Ubisoft has unveiled a new “Assassin’s Creed: Syndicate” trailer, depicting the scenery and area players will explore in the game, set in Victorian London, with familiar landmarks such as Buckingham Palace, the River Thames and Big Ben. According to IGN, the game contains influences from “Grand Theft Auto,” “Batman,” and “Gangs of New York.”

The game is set during the 1868 Industrial Revolution where invention and technology prospered. Players will take on the roles of gangster assassin Jacob Frye and his twin sister Evie, who possesses masterful stealth tactics. Together they will take over the criminal underworld of London and give voice to the oppressed working class. As Jacob and Evie, players will play through the seven Boroughs of London: Whitechapel, The Strand, Westminster, Lambeth, Thames, Southwark and City of London.

The latest trailer for the game, entitled ‘London Horizon’ shows Jacon and Evie fighting to free of London from the Templars by taking over the underground crime networks. “AC Syndicate” will be first title in the franchise that lets players switch between protagonists.

“AC Syndicate” will offer various modes of transportation around London. Players can navigate the streets in a carriage, experience fight scenes on top of a moving train, and instantly climb rooftops with a rope launcher. New weapons will also be introduced, such as brass knuckles, a kukri knife, a revolver and the Assassin’s gauntlet. The game also provides side quests that don’t serve as mere distractions, but have references to real-life issues that occurred during the period. Ubisoft notes that there is a quest that entails liberating child laborers from dangerous factories.

VG 24/7 reports that the soundtrack will be composed by Austin Wintory, who also scored games such as “Counter-strike: Global Offensive,” “Sunset,” “The Banner Saga,” “Monaco: What’s Yours Is Mine,” “The Order: 1886” and “Journey.”

Meanwhile Ubisoft has also launched an information and social platform for Assassin’s Creed fans called Assassin’s Creed Council, where players can take a glimpse at the development of the game.

“Assassin’s Creed: Syndicate” will be available for the PlayStation 4 and Xbox One on October 23, 2015. Its PC release is slated or November 15, 2015. It is the ninth installment in the series. A film adaptation of “Assassin’s Creed” starring Michael Fassbender will hit theaters in December 2016.