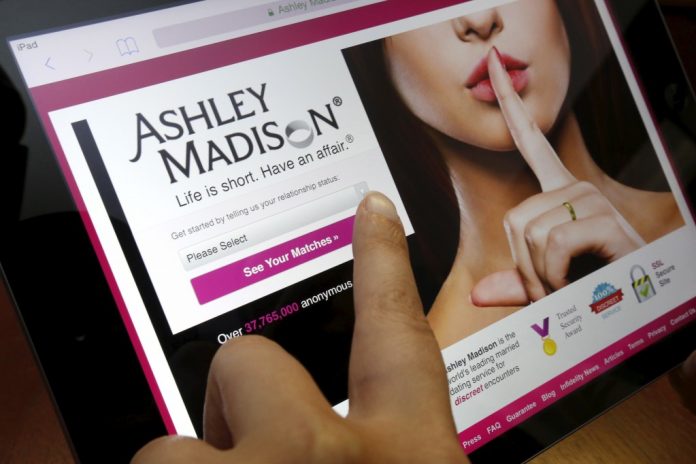 On Tuesday hackers who call themselves “The Impact Team” made good on their promise to publish personal data about users of Ashley Madison, a website that helps customers to cheat on their spouses. The hackers dumped 9.7 gigabytes worth of data about 32 million Ashley Madison users on to the so-called “dark web” a part of the Internet that is only accessible via a specialized browser.

But the data has since spread to more accessible parts of the Web, threatening to upend relationships as the site’s parent company struggles to manage the fallout.

Social scientists who study marriage and fidelity say that Ashley Madison doesn’t create a market for cheating that otherwise wouldn’t exist. But the site does help facilitate what some anthropologists describe as a biological predisposition to cheat.

Avid Life Media, the Toronto-based owner of Ashley Madison, capitalized on this impulse when it launched the site 14 years ago. It reported a security breach on the site in July. Hackers published some of the data that month, threatening to reveal more information if the company ignored their demands to take down Ashley Madison and another site, Established Men, that pairs older men with young women.

In its message announcing the data dump, the hackers took aim at the site’s parent company and its customers: “We have explained the fraud, deceit, and stupidity of ALM and their members,” they wrote. “Now everyone gets to see their data.”

The hack has revealed users’ names, addresses, phone numbers, e-mail addresses and credit card fragments. Because users can sign up using someone else’s email address, it’s not clear how many of the clients are legitimate.

Infidelity has existed since biblical times. But the hacking of a website designed to facilitate cheating is a uniquely modern-day phenomenon. Reuters asked three experts on infidelity anthropologists and psychologists to weigh in on what the site means for relationships (and their demise) in 2015.

A site like Ashley Madison doesn’t encourage infidelity even if it’s not exactly great for marriages. “People who aren’t all that interested in cheating aren’t going to cheat just because there are sites like Ashley Madison,” said Jon Maner, a psychology professor at the Kellogg School of Management at Northwestern University. “But for people who are inclined to cheat, but who don’t know how to go about it or who are afraid of getting caught, online sites provide a seemingly easy and safe route to infidelity.”

They also make the act of cheating appear almost routine, which makes it easier for some people to justify. “Research shows that social norms, particularly for women, are very important with regard to infidelity,” said Katherine Hertlein, a professor for the Marriage and Family Therapy Program at the University of Nevada, Las Vegas. “A site like Ashley Madison sort of normalizes that behavior. So from that lens, I believe that there would be a higher likelihood for someone who might not originally pull the trigger.”

A DIFFERENT KIND OF MATCH

Despite the rise of technology that allows for discrete communication, the divorce rate in the United States has been declining since the 1980s. And technology more broadly has been a double-edged sword for modern day relationships.

UNLV’s Hertlein says that historically, men have been more likely to have an affair because they’ve had more opportunities to do so. (Think Don Draper carousing in Manhattan while his wife remained home in the ‘burbs.) She adds that male affairs tend to be physically-driven, while women have affairs for emotional reasons.

The Internet is magnifying the latter part of that dynamic. “As women self-disclose to other people online, they very quickly realize they have an emotional, intimate relationship at the exclusion of their partner,” said Hertlein. “The Internet is actually consistent with women’s way of cheating. It provides an avenue for emotional affairs.”

Based on the data dump, the vast majority of Ashley Madison users appear to be men.

Rather than create a market for infidelity, Ashley Madison may be capitalizing on a biological tendency to cheat. Helen Fisher, a biological anthropologist, cites a “Darwinian evolutionary explanation” for infidelity. “The bottom line is that for millions of years if a man had a wife and two children and had two children with another woman, he would double the amount of DNA he would spread into the next generation,” Fisher said. “His genetic composition would be passed on. If a woman had two children with her husband and another with another man, it was an insurance policy if her husband died or left her.”

She adds: “I looked at adultery in 42 societies and found it in every one.”