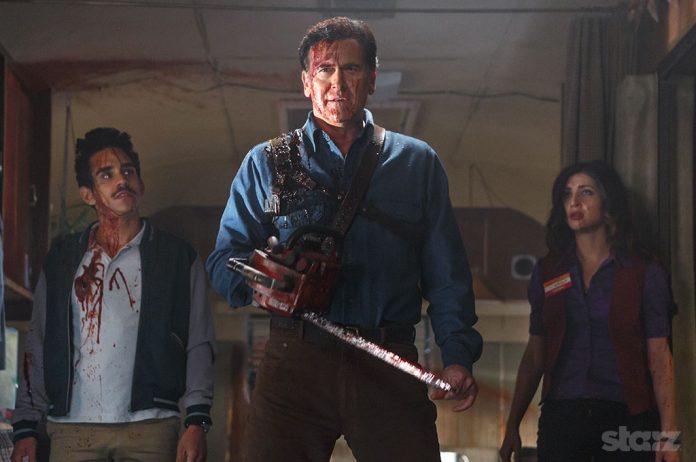 “Evil Dead” franchise fans can rejoice. Before it has even premiered, the horror television series “Ash vs. Evil Dead” has already been renewed for a second season by Starz.

According to Variety, Starz Managing Director Carmi Zlotnik said that the decision was made because of all the fans who have been waiting for a long time for Ash Williams (Bruce Campbell) to return.

“One season isn’t enough to satisfy the fans’ two decade-long appetite for more Ash,” he said. “The early fan and press support, along with the international broadcaster demand for more story have made it clear that the adventures of Ash Williams can’t end with season one.”

The new series is from executive producers Sam Raimi, Bruce Campbell, Robert Tapert, and Craig DiGregorio. Campbell reprises his role as Ash, who was last seen in the 1993 film “Army of Darkness.” In the show broadcast on Starz, the character is older but he is still going to be hunting for monsters with the use of his famous chainsaw hand.

In an earlier interview with Entertainment Weekly, Raimi said that going with the TV adaptation instead of another movie was due to financial concerns.

“Bob Tapert, myself, and Bruce Campbell have been talking for the longest time about making another Evil Dead sequel,” he said. “And they’ve never really been successful in the theaters. They seem to have a long shelf-life on DVD and on Netflix and on videotape when that was around and online now.”

As for what fans should expect of Ash, the showrunner said that he has undergone a lot of changes. He is now “old, cocky, and stupid.” Raimi also revealed that Ash is the one responsible, yet again, for unleashing the forces of evil.