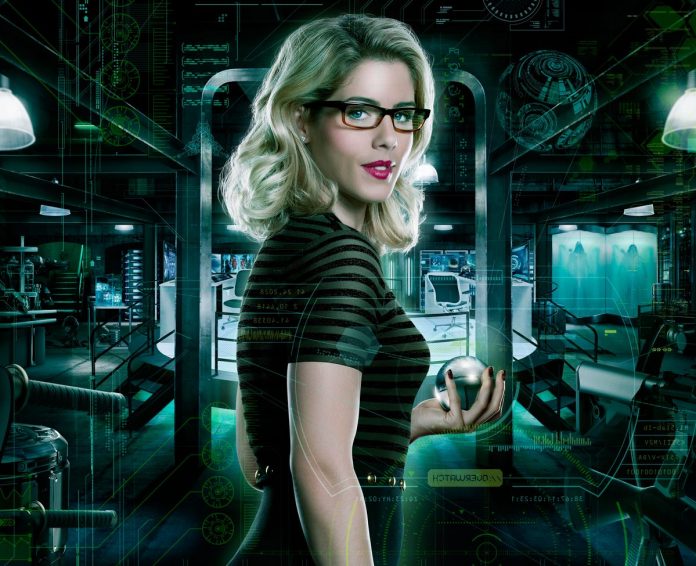 The team will be asking some help from an unlikely ally as the narrative explores two father and daughter relationships in an all-new episode of The CW’s “Arrow” season 4.

Titled “Monument Point,” synopsis for episode 21 reveals that the heroes will be learning what Damien Darhk’s (Neal McDonough) next move will be. This leads to Felicity Smoak (Emilly Bett Rickards) realizing she needs to ask her father Noah “The Calculator” Kuttler (Tom Amandes) to aid in stopping the villain’s plan.

Meanwhile, Noah and Oliver Queen also known as the Green Arrow (Stephen Amell) will have a heart-to-heart talk that leaves the latter rattled.

In an interview with TV Line, executive producer Wendy Mericle teased that fans may expect the icy parent-child relationship to deepen significantly, “We know that Felicity will be really exploring, ‘Is she a Smoak or is she a Kuttler?’ and having her father there and potentially seeing him in a different light will raise some good character questions for her. She will see him in a new light. We all will.”

In the previous installment, the group learned that Darhk has stolen a piece of technology from the government which will allow him to have overall control of the world’s nuclear stockpile. He believes that he can build a new and better civilization if the current world is cleansed.

The sneak peek showcases someone stating, “Dahrk plans to burn the world in nuclear fire.” The team seems to be racing against time as Oliver asks “How much time do we have?” to which Felicity answers, “We have just under 21 hours.”

The clip also features a warning that reads, “Prepare for a meltdown,” while Malcolm Merlyn (John Barrowman) talks to his recently captured daughter Thea Queen (Willa Holland) as he encourages her to join them in Genesis, “It’s the end of the world, as I understand it.”

However, it seems like even though they are blood related, it is not enough for the latter to betray her friends and let the death of millions of people happen. The video ends with her saying, “There’s not a lot of time to get everyone out.”

'The Incredibles 2' release date will fall in 2019