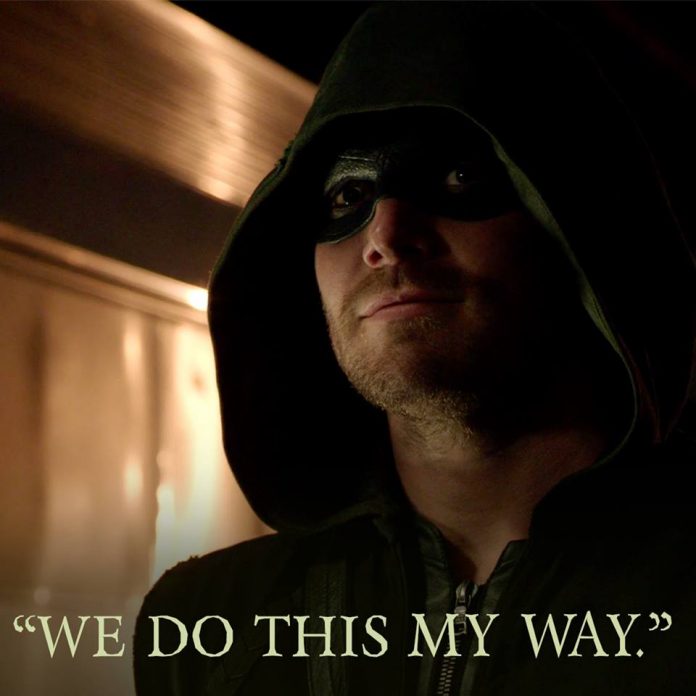 Two new vigilantes are coming to Star City in the highly anticipated season 5 of The CW’s “Arrow.”

According to Entertainment Weekly, “Mr. Robot” alum Rick Gonzalez has been tapped to play the character Wild Dog who is described to be reckless. His cocksure nature will prompt the titular superhero, also known as Oliver Queen (Stephen Amell), to take him under his wing.

IBTimes shared that based on DC Comics canon, the newcomer also goes by the name Jack Wheeler. He is known to have lost a lot before deciding to become a vigilante.

He was part of the football team in a state university but he lost his scholarship due to a knee injury. He then joined the Marines but his crew was killed by terrorists. The turning point in his life was when his girlfriend was shot by the mob.

Contrary to other heroes, Wild Dog does not wear any suit and only sports camouflage pants, a university T-shirt, and a hockey mask. For protection, he wears some lightweight armor underneath. For his choice of weapon, he uses firearms, specifically machine guns, and is said to be famous for spraying bullets until his enemies are dead. However, it remains to be seen if all his features will be adapted to the small screen.

Meanwhile, aside from Gonzalez, Josh Segarra will also be joining the ensemble as Oliver’s ally.

The “Chicago P.D.” actor will be portraying the role of Adrian Chase in the series. He is teased to be the new district attorney in the city whose primary goal is to clean up the streets through the legal system.

His comic book counterpart also uses another way to fight crimes. He apparently has an alter ego known as the Vigilante, first seen in the issue released in 1983. He took on the job after his family was killed by a group of gangsters.