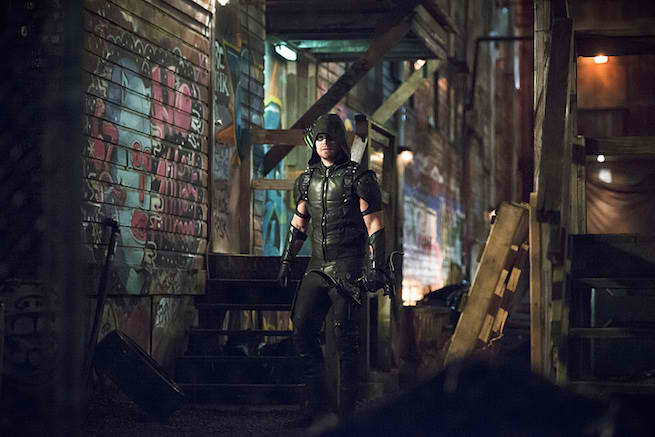 The CW recently announced, via an exclusive report by Entertainment Weekly, that actor Rick Gonzalez is to make an appearance in the upcoming fifth season of “Arrow” as the character Wild Dog.

In the series, Wild Dog will be a reckless new vigilante in Star City and would later be under the guidance of the Green Arrow (Stephen Amell). The character is set to appear in multiple episodes of season 5.

In a previous interview, Amell, who plays the titular role of Oliver Queen aka the Green Arrow, talked about going back to their roots for the upcoming season in featuring a new villain that is completely void of any kind of superpowers.

“When we started Arrow, we were the superpower-less superhero show,” Amell said. “Because of our success and because of opportunities that The CW has had, we’ve had to break away from that original modus operandi a little bit, because we were introducing Barry Allen, and in subsequent seasons, we’ve shepherded some of the Legends of Tomorrow onto their own show.”

While “Supergirl” would debut on The CW as its new home network, “Arrow” would not be having aliens in its world. Rather, they will go back to what they were best at.

“Even though Supergirl is joining the ranks, there’s no new person or new show to introduce this year, and I think as a result of that, we need to get back to focusing more on some of the core elements that used to define ‘Arrow,'” Amell continued. “To me, that’s hand-to-hand combat, no superpowers, and dealing with the job of cleaning up Star City.”

Previously, Amell had also revealed that the upcoming new season would be featuring flashbacks that told the story of Oliver forming bonds with the Bratva, the Russian mob. The mob has had a significant presence in the show but it won’t be until now that the connection between Oliver and the group would be explored.

In the series, Oliver sports the iconic Bratva tattoo which seems to signify a deep relationship with the mob and even with Anatoli Knyazev, the leader of the Solntsevskaya Bratva.

'Winds of Winter' release: it's still not certain whether book will...