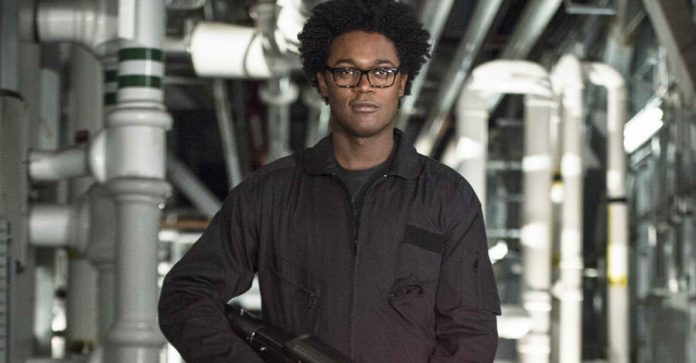 “Arrow” star Echo Kellum, who played the role of Curtis Holt in the past season of the show would be returning for the new season, too, and he is more than willing to finally take on the mantle of the comic book character Mr. Terrific and suit up like the rest of the heroes in the roster of Team Arrow.

In a recent interview with Moviefone, Kellum offered vague details about what fans can expect in the upcoming season of the series, teasing that the show would go back to its roots which was evident in the first few seasons.

“I can’t really say too much, outside of that it will be ‘terrific!'” the actor said. “That it’ll be a lot of cool things happening, and just buckle up and get ready for an awesome ride. They’re really going for it this season, and I think they’re going to bring a lot of cool elements that made the series so great. It’s just going to be such a cool cast to work with, with all the new additions this season. I think it’s going to be the best.”

In other news, “Arrow” veteran Malcolm Merlyn may be extending his reign of twisted villainy far beyond the world of “Arrow” in Star City, as actor John Barrowman recently landed a new groundbreaking deal with executive producer Greg Berlanti, making the actor a series regular in all of The CW’s DC Comics TV series, including “The Flash” and “DC’s Legends of Tomorrow.”

The same deal was acquired earlier in the year by Wentworth Miller, who plays the role of Lenard Snart aka Captain Cold. With this, Berlanti previously said that they intend to emulate the connected worlds of the comic books, where characters can cross over to different titles anytime.

“What it really emulates to us is the comic books themselves, where there really are a cast of characters,” Berlanti said last May, when Miller’s own deal was announced. “In success, we hope to continue with other characters finding their way across all the shows.”

“Arrow” returns for its new season on The CW this October.