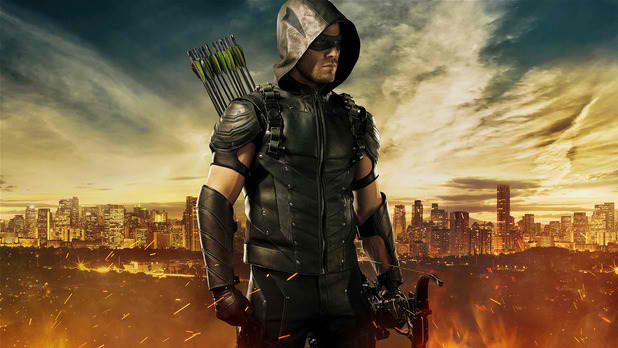 Arrow is coming back soon, as it shoots its way back to TV in October. Following the seemingly peaceful turn out of events in the season three finale, Oliver Queen will be called back to being a hooded hero, this time no longer as The Arrow, but someone elsesomething elseas the Green Arrow!

The CW recently released the official synopsis for the second episode of the new season, entitled “The Candidate”, which will introduce the eccentric Mr. terrific, portrayed by Echo Kellum.

The following is the official synopsis for “The Candidate”, courtesy of ComicBook.com:

JERI RYAN GUEST STARS; INTRODUCING ECHO KELLUM When an old family friend, Jessica Danforth (guest star Jeri Ryan), tells Oliver (Stephen Amell) and Thea (Willa Holland) that she is going to run for mayor, both Queens are concerned considering the last three mayors have been murdered. Despite their protests, Jessica makes her announcement so the Green Arrow and Speedy vow to protect her. Meanwhile, Thea begins to exhibit effects from the Lazarus Pit. In addition, Felicity (Emily Bett Rickards) is faced with a tough business decision and looks to one of her employees, Curtis Holt (guest star Echo Kellum), for help.

John Behring directed the episode, while the script was written by Marc Guggenheim & Keto Shimizu, and it will air on October 14.

In other news, the new season will see John Diggle take the mantle of being a masked superhero while fighting alongside Team Arrow in the show’s fourth season.

For all the three seasons of Arrow, Diggle always went out in the city at night with Oliver wearing nothing at all to hide his identity, or merely a ski mask at the best. But this time, following Oliver’s advice to find some way to conceal his identity back near the end of season three, Diggle will be hitting the streets wearing his new superhero “costume”. DC Comics had exclusively released the first set of whole body images of Diggle’s new superhero look.