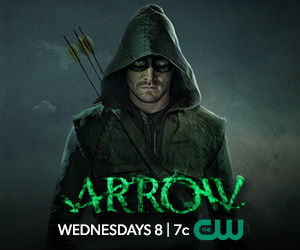 Highly anticipated fourth season of CW’s “Arrow” is slated for release on October 7 and more details are being revealed when it comes to the titular superhero and other characters’ storylines.

Its official synopsis reads, “After defeating his most formidable foe to date and riding off into the sunset with longtime flame Felicity Smoak, Oliver Queen (a.k.a. The Arrow) left Starling City with the hopes of beginning a new life. But will Oliver ever truly be able to leave behind his past as the Arrow, and, if so, what becomes of the team he has worked so hard to assemble? Will Diggle, Thea, and Laurel be left to continue Oliver’s crusade without him? And with Malcolm Merlyn having ascended to the top of the League of Assassins as the new Ra’s al Ghul, is anyone really safe?”

Actor David Ramsey who plays John Diggle has hinted on an interview with DC Entertainment that his character may have a bigger role this new season, “Diggle will have some sort of steel smith slash armor thing going on next season,” suggesting that he might step up his game and put on a disguise as he continues to protect the city.

When asked if he will have an official name, “He’s John Diggle… He don’t need no damn name,” the actor answered.

Moreover, Stephen Amell who plays Oliver Queen also teased on a Twitter Q&A that Oliver’s sister Thea may be facing difficulties on episode one, “What’s wrong Speedy?” the actor said when asked to describe the premiere episode in three words.

He also revealed that the show follows real timeline, “Time has passed. Like, the standard amount of time. We go in real-time, like we normally do. So, five or six months have passed since the finale,” Melty reports.

Meanwhile, John Barrowman confirmed during The Amazing Las Vegas Comic Con that he will be back as Malcolm Merlyn, the new leader of the League of Assassins.