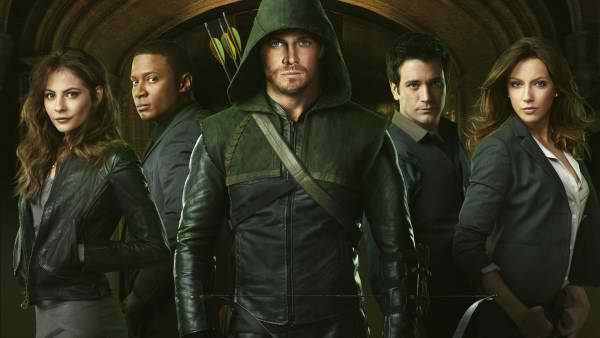 With season 3 ending in a bang, fans of the hit CW series, “Arrow,” are already speculating on where the show will be headed on its next installment.

On the finale episode, people have seen a climactic battle where Oliver Queen finally defeated Ra’s al Ghul and managed to save Starling City from Alpha/Omega virus. He then head-off with Felicity Smoak as he said that he finally found his happiness. Moreover, much to Nyssa’s dismay, Malcolm Merlyn decided to replace Ra’s al Ghul as the new leader of the League of Assassins while Thea Queen joined the team and adopted a new moniker, Speedy.

During MCM Expo’s London Comic Con, stars of the show dropped some hints on what viewers should expect, Melty reports.

Karl Yune might reprise the part of Maseo Yamashiro who met his demise on the episode, “My Name is Oliver Queen.” On the Comic Con interview, Yune said that Executive Producer Marc Guggenheim has warned him “not to make any plans”. However, it is still not clear if his character will be shown as alive or will appear in flashbacks.

Willa Holland, who plays Speedy, has high hopes for the incarnation of her role as the show progresses, “For her future in season four man… yeah, I just hope that she keeps wearing that costume as much as possible, and maybe gets a yellow one with a cape or something, I don’t know…” she said. Screenrant reports that yellow cape is Speedy’s more popular costume. Her character is recently seen featuring a red cape on the show.

On a separate interview with Flickering Myth, Holland also gave light to what is in store with Harley Quinn’s character, “We had big plans for Harley. I mean we had that tease with the pigtails and the ARGUS outfit but, we’ll never see it. We would love to [have] Harley in Arrow but it will never happen.” What might have prevented the show’s producers to delve into Quinn’s character more, is her inclusion in the movie, “Suicide Squad.”

International Business Times also reports that according to actor David Ramsay, H.I.V.E. will portray Big Baddie in the new season, explaining what H.I.V.E. is all about and explore Dingle’s connection to it.

MacBook Pro 2016 release date, specs: device may be out first...