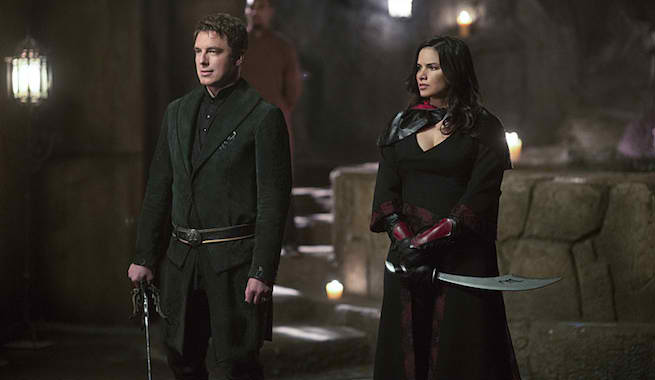 The last that fans and viewers saw of John Barrowman in Arrow as Malcolm Merlyn was when the character ascended to the throne of being the next Ra’s al Ghul, the head of the League of Assassins, following Oliver Queen’s victory over the previous Ra’s al Ghul.

While Barrowman will also be returning for the fourth season as Malcolm, he will also be returning as the kind of Malcolm Merlyn that fans got to see in the pilot season of the show. According to a report by TVLine, TV show spoilers guy Michael Ausiello was able to get fresh info straight from show Executive Producer Wendy Mericle. According to show runner Mericle, Malcom Merlyn’s character for the fourth season will revolve a lot “around Thea and trying to be a good father while also being the very evil, badass Ra’s al Ghul.” This is to bring back the sinister Merlyn that was the main villain in the show’s first season.

“We want to restore him to more of the Season One Malcolm who was going around and messing up Oliver’s plans and anyone else he can cross paths with,” she added.

As for his new title as the Ra’s al Ghul, it seems that Nyssa, who used to be the “Heir to The Demon”, the successor to his father before Oliver Queen won his favor over her, would still not be cool about Malcolm, the known mastermind behind her beloved Sara’s death, now being the head of the League. She is “definitely not going to be on board with Malcolm as Ra’s,” Mericle added. “We’re hoping to take that in a cool, very fighty-fight orientated direction.”

Following this week’s episode 3, entitled restoration, will be the appearance of actor Matt Ryan as John Constantine, in the fourth episode entitled “Haunted”. When things take a turn for the worse with Sara, Oliver calls in a favor from an old friend who deals in the mystical, John Constantine.

Arrow airs Wednesdays on The CW.