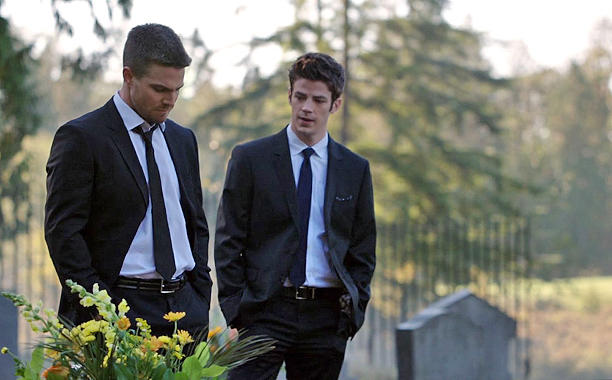 Finally, it has been revealed. Back in October, the fourth and current season of the hit CW series “Arrow” gave fans one haunting question that was left hanging all throughout the season until now. Someone in the show will die, and Oliver will once again vow to kill for that someone in the grave. In the most recent episode of the series titled “Eleven Fifty-Nine,” the mystery death had finally been revealed.

Major spoilers ahead for those who have not seen the latest episode of “Arrow.”

After 17 episodes, “Arrow” finally revealed the identity of the person in the grave that was shown in the premiere episode of season 4 – Laurel Lance.

In a recent interview with Collider, “Arrow” executive producer Marc Guggenheim explained their decision to kill Laurel Lance, aka Black Canary, who is the canonical love interest of Oliver Queen and his wife in the comics. According to the showrunner, they explored various choices of death for the season and Laurel’s demise gave the most pop to the series.

The executive producer also addressed that while comic book loyalists may be angry over their decision. According to him, they do not intend to go 100 percent by the comics, as they are presenting their own version of the Green Arrow story.

“This is our interpretation, like it or not, and I recognize that there are plenty of people, up and down my Twitter feed, who do not like it, and I totally respect that,” he said. “It just made the most creative sense for us, going forward, despite the fact that we absolutely love Katie [Cassidy].”

However, this won’t be the real end for Laurel, as her Earth 2 doppelganger is set to make an appearance in “The Flash.”

“You will see her on an episode of ‘The Flash,’ playing the Earth-2 version of Laurel Lance,” he added. “Katie is reprising her role as Laurel in Earth-1 to be in ‘Vixen’ Season 2. Death does not mean goodbye, on any of these shows, but we’ve made a creative choice and we’re sticking to it.”

“Arrow” airs Wednesdays on The CW.