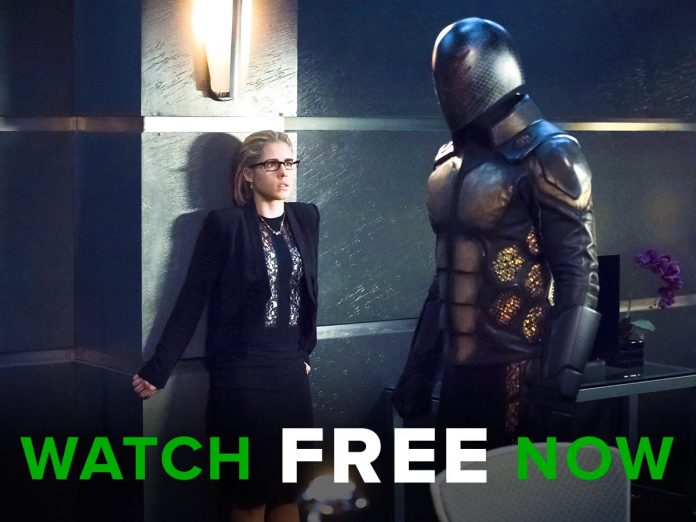 After the devastating death of Black Canary, the team will be dealing with their sorrows and possible changes in dynamics in the brand-new episode of “Arrow” season 4.

Moreover, Lance will be having a hard time accepting the reality that his daughter is gone. He will ask Nysa (guest star Katrina Law) to help bring her back. They will also hear some rumors about a recent Black Canary sighting in Star City, which may further prod him to believe that Laurel is not actually dead.

The sneak peek shows the team huddled around Laurel’s grave with a man leading the funeral stating, “A life that hasn’t had a chance to fully grow and live out its purpose in this world is a life that has been taken from this earth too soon.”

A montage of action-packed sequences then follows, with Oliver and Diggle looking vengeful. The former says, “Laurel is gone, if she’s here she will tell you, ‘You cannot forget who you are. We can never become them.'” There is a scene showing the latter seemingly blinded with fury as he takes matters on his own hands. Diggle stops Ruve Adams’ car in the middle of the street and drags her out of the vehicle before pointing a gun to her head. The clip ends with the words that read, “You can’t come back from crossing the line.”

Meanwhile, executive producer Marc Guggenheim shared to TV Line that Felicity (Emily Bett Rickards) will also be affected by the situation in a great way, “She’s broken up with Oliver and she’s also broken up with the team essentially. And in Episode 19 we’ll see the undoing of one of those decisions. People will have to see if things change or not change.”

However, it does not mean that she will get back with Oliver, “We never had to kill Laurel to make Oliver and Felicity a couple. That is really independent from the romantic history that Oliver and Laurel had, and a completely different set of dynamics,” he previously stated.