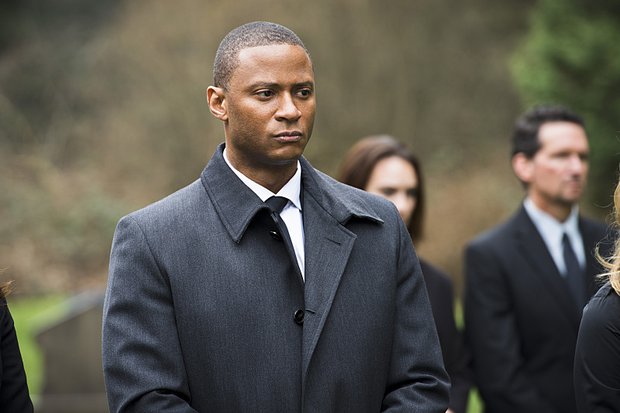 David Ramsey, who plays the character of John Diggle in the hit series “Arrow,” recently teased the fate of his character and how Diggle will deal with the death of one of the team members in his own way.

In a recent interview with Access Hollywood, Ramsey shared how his character Diggle will be affected following the sudden and tragic death of one of the members of Team Arrow, Laurel.

“Post-traumatic stress syndrome has happened to the whole team after Laurel’s death,” Ramsey said. “He’s no exception, and so we’re seeing a Diggle that we’ve never seen before.”

Ramsey said that with everything that happened in Diggle’s life lately, it seems that the character may have reached his limit.

“What has happened to his brother the betrayal, the not-death, the H.I.V.E., the not quite H.I.V.E. he is on an emotional tailspin, his wife now a part of this organization, ARGUS, which clearly has its own agenda that he’s never really fully agreed with, so I think we’re looking at a Diggle who is a nuts and bolts kind of guy,” he continued sharing.

Additionally, the actor shared the one weakness of Diggle which also came from one of his strongest aspectsthe ability to see black and white. This, in turn, made him unable for so long to see the situation in a gray perspective.

“And there was a great line that Lyla had during the Suicide Squad episode of Season 2,” the actor continued. “She [said] very clearly, ‘You see the world in black and white, and the world is much more complicated,’ and I think that’s always been his Achilles heel.”

Because of everything that he had gone through, and the aftermath of the recent turn of events, fans will get to see a different side of John Diggle in the upcoming episode, as he goes on to do things that he has never done before.

“You’re going to see a Diggle who has to deal with the gray and because of that, he is fractured and he is willing to do things that you never would have thought him to do.”

Teresa Giudice and her children visit husband Joe in prison

'The Good Wife' season 7: Louis Canning to not be shown...