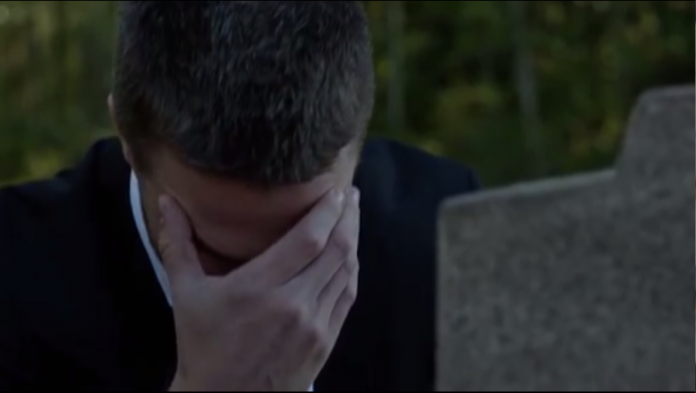 Season Four of Arrow is now hereand as early as the first episode of the season, fans were given the taste of how sinister and dangerous the season’s villain Damien Dark is. There are a lot of new thingsnew suit both for Oliver and Diggle, a new unlikely partnership with Quentin Lance, a new kind of “mystical” story that the present and the flashback will tell, andto the surprise of manythe death of someone dear to Oliver.

Who could be that person? Why is he/she dead? In a recent press interview via Collider, series executive producers Marc Guggenheim and Wendy Mericle talked about the premiere episode’s “bomb”, as well as the future of the show for the rest of the season.

Guggenheim revealed that someone is certainly dead on that tombstoneso fans better be ready themselves. “It’s not a fake out,” he said. “That’s not how we work. It will feel very organic and very earned. It’s actually very elegant.”

However, even the producers have not yet decided who will be the unfortunate person to lay to rest in that grave. “We don’t necessarily know who it is right now,” said Mericle. “We’re still figuring the plan out for the season. But, we want it to have resonance. If it doesn’t mean something to the characters, it won’t mean anything to the audience either.”

But why can’t they just revive that person, whoever it will be, using the Lazarus Pit? Mercile says no.

“They will stay dead,” she added. “We want to bring stakes back to the show, so we’ll be finding a way to handle the Lazarus Pit portion of Season 3 and Season 4 in a new, inventive way that I can’t reveal, but it will be cool.”

Arrow continues its fourth season every Wednesdays on The CW.