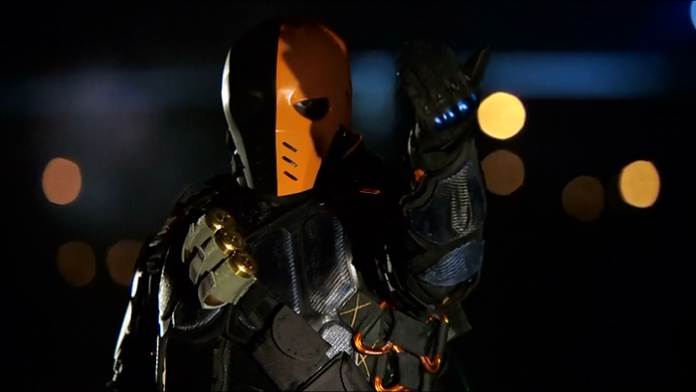 “Arrow” main star Stephen Amell was recently at the Heroes and Villains Fan Festival in New Jersey, where he talked about what’s in store for the show and what he wanted the future of the show to be like.

The actor revealed an interesting teaser as to the future of Oliver Queen and Felicity Smoak’s relationshipeven more so now that Felicity was revealed to be permanently paralyzed, following Damien Darhk’s attack in the midseason finale. Amell also shared his interest in one popular series villain that he would want to be a regular part of the world of “Arrow.”

In the midseason premiere episode, the final scene showed Oliver once again standing in front of a grave and vowing to kill someone. Felicity then was shown inside a car that Oliver entered, but she was not wearing her engagement ring.

“The fact is, Felicity is not wearing her ring in that flash forward scene, and that was not a mistake,” Amell said. “Spoiler alert, I probably mess it up.”

Amell also talked about how he wanted Manu Bennett’s Slade Wilson/Deathstroke to go back and become a permanent part of the show.

“Manu is a character, and Manu played a great character,” Amell shared. “And I really honestly think that ‘Arrow’ has been missing something since he hasn’t been around. I really do. He was a transformative villain. I would really love it if Deathstroke could keep being a part of the ‘Arrow’ universe.”

Catch “Arrow” every Wednesday on The CW.