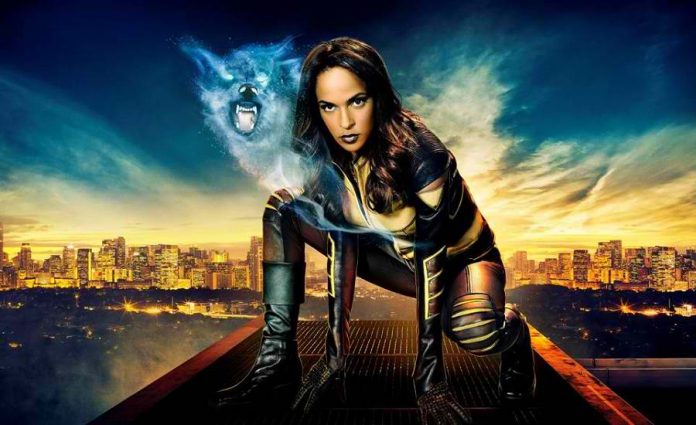 In the most recent episode of “Arrow,” titled “Taken,” the series opened its doors to a new costumed hero, Vixen, as she made her debut. Actress Megalyn Echikunwoke, who also voiced the character in the original animated web miniseries, talked about jumping from animation to live-action and the possibility of expanding the world of her character outside the boundaries of Star City and her home city in Detroit.

In “Taken,” Damien Darhk attacked Oliver in a whole new level when he kidnapped Oliver’s son, William. To help him search for his abducted son, Oliver asks for Mari’s help, an “old friend” who is from Detroit and is under the hero name Vixen.

In a recent interview with ComicBook.com, Echikunwoke talked about jumping from only voicing a character to now actually playing the characternot to mention that just like any other hero in the world of “Arrow,” Vixen also gets to wear her own superhero costume.

“So exciting!” the acress said, talking about her first experience of portraying Mari for a live-action series, coming from only voicing her in the animated miniseries. “For any actor, whenever you get a costume, it’s exciting because it’s the last layer of the character that really kind of snaps you into that character. But when you’re playing a superhero, even more so obviously. The costume is everything and in some cases is the power, so it was very exciting and the people over at Arrow are really so talented. All of the costumes are amazing.”

Now that Mari is part of “Arrow,” it also means that she is technically part of a bigger TV universe now, along with spinoff series “The Flash” and “DC’s Legends of Tomorrow.” Another thing worth noting is that in the original comic book stories, Vixen and Vibenow played by Carlos Valdes as the character Cisco Ramon in “The Flash”have a significant link to each other. Would that also mean that she will eventually see the world of the Scarlet Speedster as well? While nothing is specific yet, the actress herself is open to the possibility of it.

“There is a possibility,” she said. “There’s nothing in stone, but potentially anything’s possible. I think Vixen could go anywhere, which is one of the cool things about her character; she’s friends with everyone at school, you know? She’s in almost every group.”