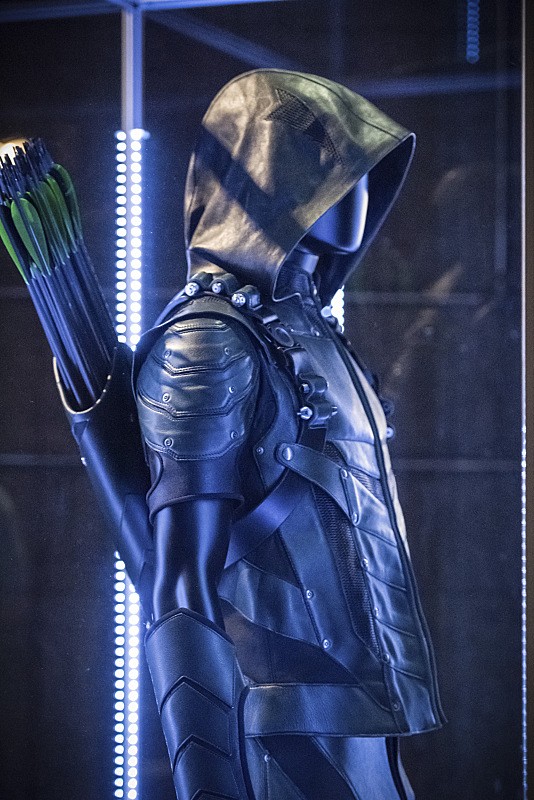 It seems that the happy ending with Felicity that Oliver Queen was gunning for at the end of Arrow Season 3 may be more elusive than he has expected as he and his lady love are called back to Starling City by the rest of the vigilantes to put an end to villains called Ghosts.

“Oliver (Stephen Amell) and Felicity’s (Emily Bett Rickards) blissful getaway is cut short when Thea (Willa Holland) and Laurel (Katie Cassidy) pay them a visit and tell Oliver they need his help back in Star City. The city has been attacked by “Ghosts,” assassins led by a dangerous man named Damien Darhk (guest star Neil McDonough). However, when Oliver returns, Diggle (David Ramsey) makes it very clear that he doesn’t want Oliver on the team,” the season’s synopsis read.

Ghosts will not be the only problem for Oliver’s beloved Starling City as Damien Darhk, played by Neal McDonough, will also be entering the picture to become the season’s main villain.

According to the Arrow wikia, Darhk is the leader of the criminal organization called H.I.V.E. and a close friend of Ra’s al Ghul. He is also a former member of the League of Assassins.

The character is described as an intelligent, ruthless, cold and calculating and thought himself worthy of being Ra’s successor, leading to a subtle rivalry between the two in which his friend has attempted to have him killed several times. Darhk’s savviness has always helped him survive.

With the upcoming season, Oliver is expected to sport some new gear and do away with his old vigilante costume. Diggle will also be getting a costume upgrade that will make crimefighting in Starling a much more stylish affair, ScreenRant reports.

The premiere of Arrow’s fourth season is set for release on October 7.

'The Crown' finale spoilers: Will there be a season 2?