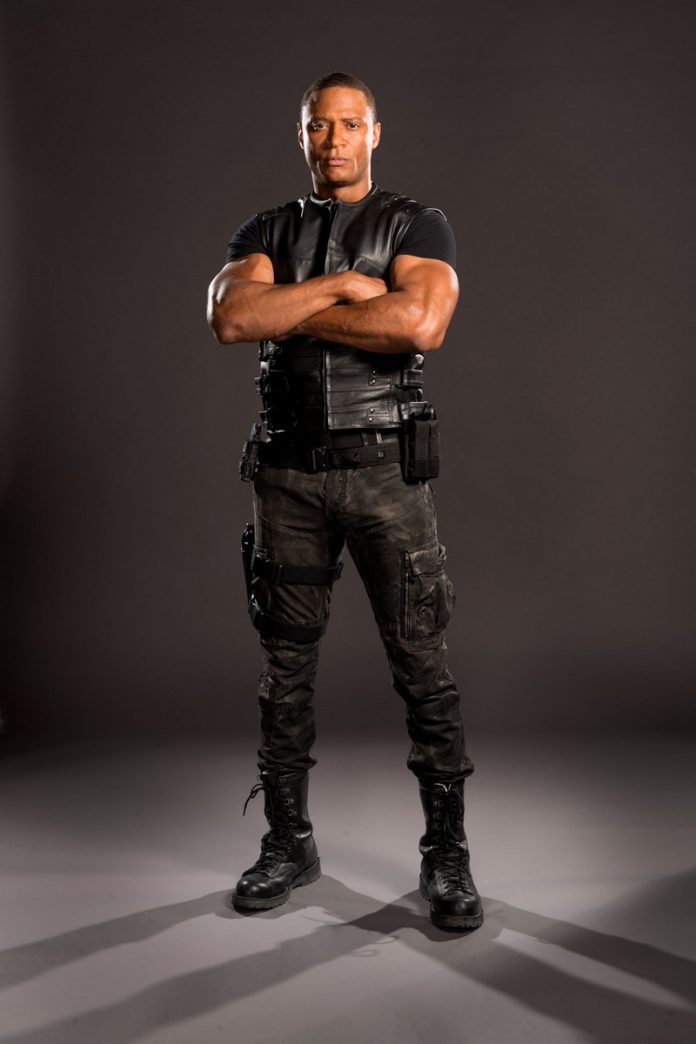 It’s about high time that John Diggle take the mantle of being a masked superhero while fighting alongside Team Arrow in the show’s fourth season.

For all the three seasons of Arrow, Diggle always went out in the city at night with Oliver wearing nothing at all to hide his identity, or merely a ski mask at the best. But this time, following Oliver’s advice to find some way to conceal his identity back near the end of season three, Diggle will be hitting the streets wearing his new superhero “costume”.

Fans previously had the chance to see Diggle sport the helmet on a half-body image, and in action on the season’s first trailer. Now, DC Comics had exclusively released the first set of whole body images of Diggle’s new superhero look!

Get to see Diggle’s full-blown military inspired look, complete from his thick (possibly made out of Kevlar) suit to his pitch black jacket, his geared-up pants, and his black metal helmet that is the highlight of his get up.

“We try to be very consistent with our characterization,” Arrow Executive Producer Marc Guggenheim said, talking about Diggle’s reaction to the suit in Entertainment Weekly.

“I don’t think Diggle looks at it as a costume per se,” he continues. “Oliver [Stephen Amell], in the last season, gave him advice in terms of concealing his identity, and so Diggle approaches it from a very practical standpoint. He followed Oliver’s advice and he’s got a means of concealing his identity, but I think Diggle would probably react to anyone calling it a costume.”

As shown in the first trailer for Season 4, the show’s home city gets rebranded to Star City, in honor of the now presumed dead Ray Palmer. Oliver, from a quiet and peaceful life with his partner Felicity Smoak, gets pulled back to Star City to face the sinister Damien Darhk. Joining him are familiar faces back from the dead, and a new friend coming from a different field of expertiseSara Lance and John Constantine.