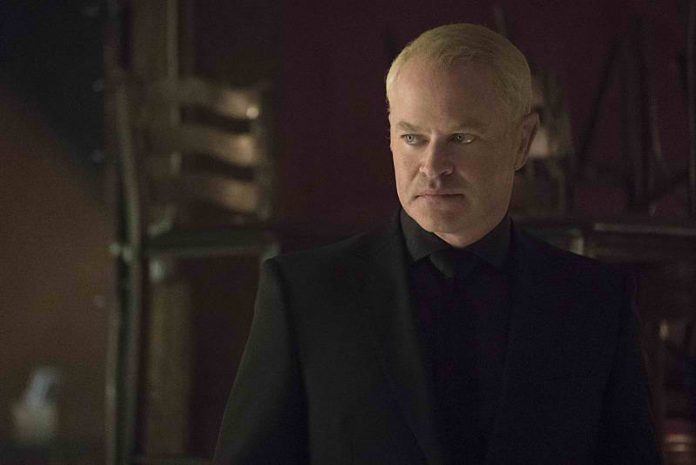 The fourth season of Arrow is starting out with a much faster pace than in their previous three seasons. Unlike before where it took up until the mid-season finale for the season’s main villain to be revealed, this season’s big baddieDamien Darhkhas already established himself as the man that will haunt the rest of the season as early as the premiere episode.

In a recent interview with ComicBook.com, actor Neal McDonough talked about his character as Damien Darhkwhich is no longer new to Arrow fans, since he was mentioned several times already during the latter episodes of Season Three, first mentioned as Ra’s al Ghul’s rival to the throne in the League of Assassins.

Now, as per McDonough, and also confirmed by The CW, it appears that Damien Darhk’s reign of terror will not be confined to Arrow, as the super villain is also set to appear on two other seriesLegends of Tomorrow and The Flash.

“You go back to the League — I did an episode of Legends last week — and I look exactly the same in 1975 but you see he’s not as confident and doesn’t have such an agenda forty years ago as he does now,” McDonough said. “So it’s fun to play the different times, you know? Going back in time with Legends, and The Flash. With The Flash, I’m just this crazy, fun, enjoy everything while I kill everybody type of character. It’s just nuts.”

In a recent interview, Executive Producers Marc Guggenheim and Wendy Mericle talked about the premiere episode’s final scene, where Oliver was seen at a funeral. The producers revealed that there is someone dead on that tombstone, and that certain someone will remain dead despite the presence of the Lazarus Pit in the story nowhowever, they still have not decided who will be on that tombstone.