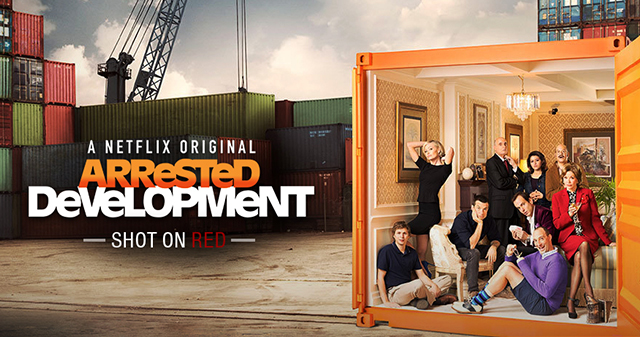 It would seem like Michael (Jason Bateman) will have his hands full when the Bluths return for a fifth season on Netflix in 2016.

For the next season, one of the Bluths may be arrested for murder from Season 4. And while the show’s executives tried to keep details as scarce as possible, leaving fans to speculate, actress Jessica Walter, who plays family matriarch Lucille Bluth dropped a spoiler so huge that even other cast members seemed shocked.

In the recently concluded Comic Con interview conducted by TVLine, Walter said that the unlucky family member who may face jail time is none other than Buster (Tony Hale) and his arrest involves the death of his on again off again romantic interest Lucille Austero, played by Liza Minelli.

It can be recalled that the ending of Season 4 involved a shot of Austero’s body soaked in a pool of blood, before her body mysteriously disappears.

Perhaps to establish continuity with the past season, the new one will kick off with an event that will not just shock viewers to  jumpstart their interest anew, but also get them interested in seeing the events of the previous seasons.

“Now that Buster has been arrested for the murder of Liza Minnelli, we’re very anxious to get the show started,” she said, according to a report by Digital Spy.

The show, which garnered six Primetime Emmy wins in its first three seasons, revolves around the Bluths, a rich family who lost their wealth and have to deal with their dysfunction on top of their new social status. Michael, played by Bateman is the show’s only straight thinker, and rational character, who tries his best to keep the family together.

The show ended after an original three season run and was revived by Netflix for a 15 episode fourth season in 2013. This is the second time Netflix has revived the show due to fan demand.