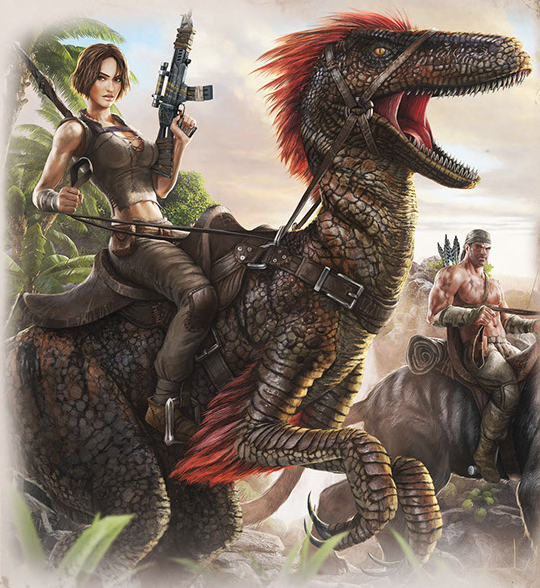 Despite being still at Early Steam Access and launched only for a few weeks, Ark: Survival Evolved has recorded a whooping sales of one million copies.

The open world dinosaur survival game was described in its synopsis as “As a man or woman stranded naked, freezing and starving on the shores of a mysterious island called ARK, use your skill and cunning to kill or tame & ride the leviathan dinosaurs and other primeval creatures roaming the land,” a description reads. “Hunt, harvest resources, craft items, grow crops, research technologies, and build shelters to withstand the elements, while teaming up with or preying upon hundreds of other players to survive, dominate… and escape!” as indicated in IGN.

Ark: Survival Evolved, will give players mods or the option to modify the game world based on their own liking. The game developer, Studio Wildcard, who partnered with Epic Games, will bring the modding tools of Unreal Engine 4 into the game. With this, not only will the modding become more diverse and interesting, but also enables players to use Unreal’s tools for free. Modding stategy are popular among the famous games as they pool in information and ideas from the fans themselves. In the game, the modded content is consolidated in Unreal Marketplace where players can share their ideas to the group. In an interview with cofounder and co-creative director Jesse Rapczak, he said that “Our forums are lighting up with ideas about what to do with Ark and where we take the game. While we have our plan, but we also see a great opportunity for the community to do their own things with the game. From the very beginning, we always had the idea of letting the community take the game and do what they want with it,” as reported by Venture Beat.

Thus, in the game, players can make their own Pterodactyls flying on mountains or see a modern city full of dinosaurs combatting against each other. Currently, there are 40 dinosaurs in the game, with a promise that it will eventually have 70 pre-historic creature options after the final details in its development.

Ark: Survival Evolved early steam access can be purchased at around $25 while the free Unreal modding tools are accessible at Epic’s website. The free modding is currently ongoing while the game is set to be formally launched on June 2016 on PlayStation 4, Xbox One, Windows PC, Mac, Linux, and Steam.