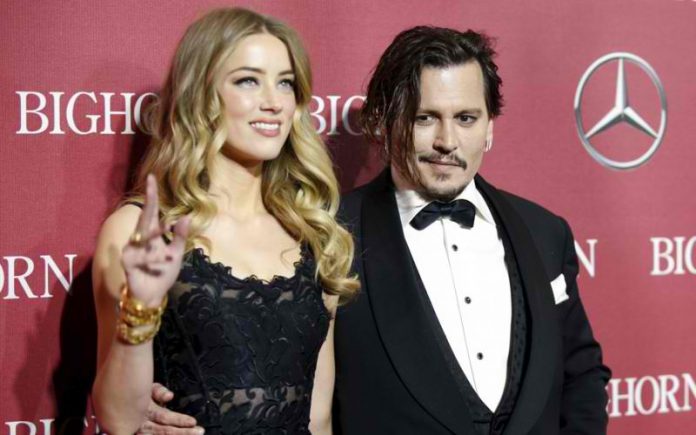 The long rumored casting of Queen Mera for the upcoming “Aquaman” film was officially confirmed by Amber Heard. In an interview, the actress teased her upcoming role that is set to debut in “Justice League Part One.”

In a recent interview with Entertainment Tonight, Heard confirmed the long rumored role that she was cast for the upcoming “Justice League Part One” film. According to Heard, she and the people behind the production process of the film are in the stage wherein they are building her “interesting” and “strange” costume as the Queen of Atlantis.

“It’s interesting. It’s like, half suit of armor, half scales,” the actress shared. “It’s strange. And we’re in the process of building it now, so it’s coming along.”

The actress did not share any more specifics about her role or the film, but the fact that she admitted to playing the part is more than enough news for fans.

In the previous “DC Films Presents: Dawn of The Justice League” special episode, a result of DC Comics Entertainment in partnership with The CW, part of the presentation was a first look at Aquaman. DC Comics Entertainment Chief Creative Officer Geoff Johns and Jason Momoa of “Game of Thrones”who will be playing Aquamanteased how the character would be in the DC Extended Universe.

“His name is Arthur Curry, he’s the son of a lighthouse keeper and the Queen of Atlantis,” Johns said, introducing the character. He starts to develop these powers. He can breathe under water. He can communicate with sea life. He’s very strong. He grows up not really feeling like he belongs in either world. So he’s man trapped between two worlds, but has a responsibility to protect both of them.”

“He’s the only one that both: he’s human and he’s a god,” said Momoa about his take on the King of Atlantis. “I want to see him struggle with how he has these powers and he doesn’t know how to handle themhe hasn’t been trained.”