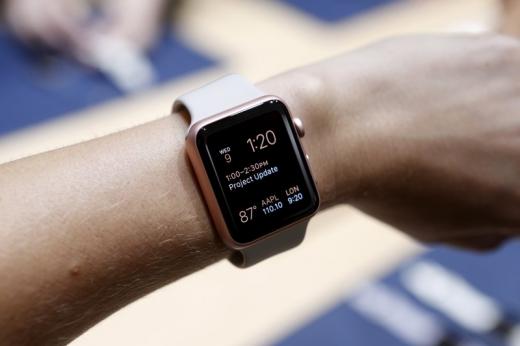 With the launch of next generation wearable device Apple Watch 2 predicted to happen sometime during the second half of 2016, rumors have it that some of the overseas manufacturers have secured component orders for the touted upcoming model.

According to DigiTimes, the supply chain may be diversified with Taiwan-based Advanced Semiconductor Engineering having the majority of the production for the system-on-a-chip module, while portions of the remaining orders will be shared by Amkor Technology and STATS ChipPAC, a unit of Jiangsu Changjiang Electronics Technology.

Similar to the currently available original model, Taiwanese supplier Kinsus Interconnect Technology and Samsung Electronics are also expected to provide components for the gadget. The former is said to have secured substrate orders, while the latter will fabricate the processor that will power the system including mobile DRAM, NAND flash, and other necessary peripheral chips.

There are hearsays suggesting that the decision of the company to have many suppliers on board may likely be due to the desire of lowering the risk of relying on a single partner and not because of the number in orders. However, since Apple has yet to comment on the matter, available information should be taken with a grain of salt.

On the other hand, there are industry followers who believe that the Cupertino-based giant will remain with Quanta Computer as its main manufacturer. There are claims that trial production may have already began in January in time for the apparent unveiling around June during the annual Worldwide Developers Conference or in September during the usual launch of new iPhone models. If this comes to fruition, the device may either be released to the general public sometime between early July and late September.

When it comes to other specifications, there are a few details being tossed around the rumor mill such as the inclusion of FaceTime video camera, expanded capabilities for its Wi-Fi connectivity, and a design possibly similar with its predecessor as the focus is in the improvement of its performance.

More information are expected to be revealed as the date of Apple’s annual events come nearer.