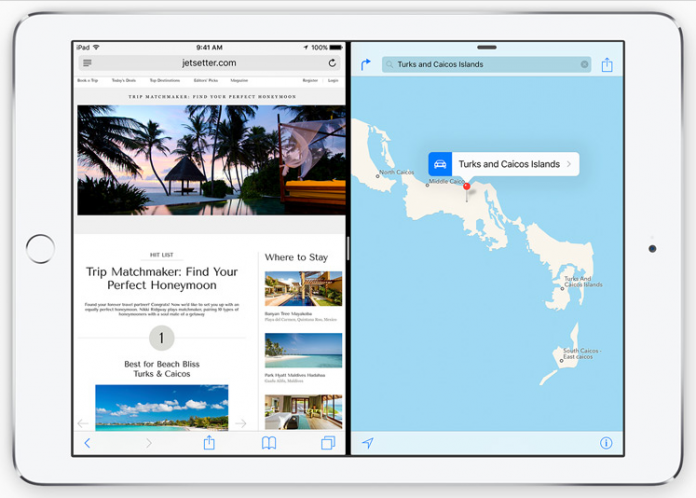 iOS 9 has now been released by Apple. It comes pre-installed on the new iPhone 6s, iPhone 6s Plus, iPad Pro and iPad mini 4. However, it can also run on older models such as the iPhone 4S, iPad 2, and on iPod touch fifth-gen or later. Compared to iOS 8, today’s update requires much less space.

The new iOS 9 carries enhancements to Spotlight and Siri. It also allows users to install ad blockers from the App Store to block ads in Safari. The new Notes app now supports links, photos, drawings, and checklists. Apple Maps also received an upgrade, as transportation information (such as bus, train, and metro schedules) were improved.

Sending attachments on-the-go will also be easier. With iOS 9, e-mail attachments are not only limited to images. Files from Dropbox or Google Drive can directly be attached to the message, simply by long-pressing and clicking “add attachment.” Photo gallery organization is also enhanced, with selfies and screenshots automatically saving into separate folders.

As for the iPad, new split screen features makes multitasking more convenient. Dubbed as “Slide Over” users can use two apps simultaneously quickly, as the second app appears in a sidebar. On the other hand, “Split View” divides the screen into two equal portions, so one can take notes while browsing the Web. In addition, the on-screen keyboard was also upgraded, with the ability to transform into a trackpad simply by holding any two keys on the keyboard. Also, with the new “picture in picture” scheme, users can shrink a previously full-sized video while doing other tasks.

Users will also be able to enjoy an extra hour of battery life with iOS 9. The new feature called Low Power Mode (marked by a yellow battery icon, instead of green) grants users 3 extra hours of battery life.

NVIDIA GTX 950 details: new card is great for people on...

Samsung Galaxy TabPro S prices start at 999, according to online...