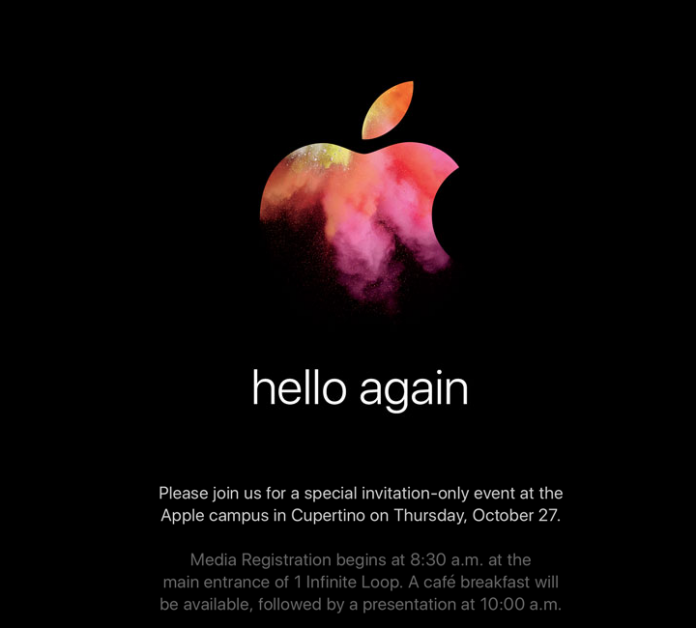 After numerous theory-filled months with regard to what Apple has in store for their Macs, things are now shaping up as CEO Tim Cook and company have officially sent out invites for their upcoming event scheduled for next week.

In all honesty, Apple should be thanking fans for not letting the popularity of its Mac products go down the drain as the persistent rumors have kept interest flowing week in and week out. Even with the seemingly improbable new iteration of the MacBook Air, theories continue pouring despite numerous hints that Apple is trying to quietly phase out the lineup. The steady stream of reports has techies more invested in the company’s latest gathering scheduled on Oct. 27.

Multiple media outlets have reported that they have been invited to the event where Cook is highly expected to debut the refreshed versions of not just the MacBook Air but the MacBook Pro as well. The two aforementioned devices have been frequent stars in the rumor mill for quite some time. Given that new versions are long overdue, insiders are almost certain that one of the two laptops if not both will have their touted spotlight.

Forbes published a roundup of what hardware tweaks fans can expect for both the gadgets. The article noted that with Apple’s obsession for minimalist design and a penchant for changing its connectivity options, the older USB ports and the MagSafe power cord might be replaced with something more advanced and sleek-looking like the USB-C and Thunderbolt connections. For the MacBook Pro 2016 laptop particularly, an OLED function row has been rumored to come instead of the traditional physical keys.

As usual, the tech giant has yet to comment on these rumors and chances are they will not do so until they finally unveil the laptops.

The Apple event will be held at the Apple Campus in Cupertino on Oct. 27 and will be streamed live starting at 10 a.m. PT/ 1 p.m. ET.