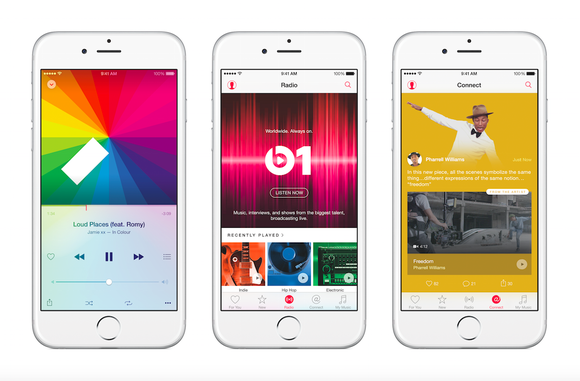 Apple Music, which was launched last June 10 on a $10 per month subscription basis, has been obtainable in Google’s Play Store for Android users since Nov. 11. Apple Music on Android is one of the only two applications published by Apple in the Google ecosystem. The first one was an app to allow users to switch to iPhone easily.

Here are the review highlights of Apple Music on Android:

A move to make Android owners switch to iPhone

Fool.com claims that this is Apple’s way of tapping to Android’s very big user-base, which will allow them to introduce more of their products like iPhones and iPods to more potential customers. Because Apple will reportedly share 30 percent of its profit to Alphabet, Google’s mother company, Apple is seen to not care about profit at the moment. But by luring in more Android users to switch to Apple products, it will potentially do the Cupertino-based tech company good in the long term.

An entry to the music streaming industry

The Verge describes this move as merely the first step of Apple to the music streaming industry. Spotify has proved to be the king in this industry at the moment, converting almost 25 percent of its active users to paid subscribers (as of June 2015), but Apple is quickly catching up. The analysts at The Verge thinks that this is similar to what Apple did with iTunes, which was introduced to Microsoft Windows Operating Systems (for computers) early after its official release, and paved the way to iTunes’ current success in the music download segment. The Verge had reviewed the app in the iOS platform and found it to be seamless. They also claim that Apple did a good job in implementing the same in its Android counterpart.

With how Apple Music was designed, it looks like what Apple really wants is to make one’s music experience more social. According to Wired, the application was made with social networking and sharing in mind. It aims to build an ecosystem where artists can share more than just music, but also their inspirations and experiences toward making the music. By going social, it can amass the power of networking thereby increasing user-base and profit.

Another reporter from The Verge has previously made a complete and thorough review of the Apple Music App. The app can now be downloaded on Android in all countries except China.