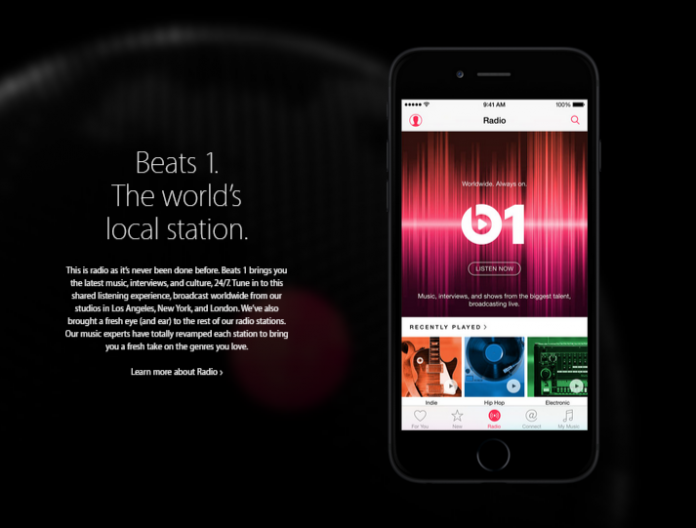 Apple recently released its unique take on music streaming, “Apple Music,” alongside the new iOS 8.4 update or as a part of the new iTunes 12.2.

The music application offers registered users their first three months of subscription for free. Afterwards, a single user will be charged $9.99 per month while a family package of up to six people is at a discounted price, at only $14.99 monthly.

Using the paid subscription, the user may access the library which has over 30 million tracks at launch and can stream music without limits. They can also save tracks on playlists, listen to them offline and even share the playlist on several social media platforms.

What may set Apple Music distinct from other streaming service providers is its ability to recognize personal files from iTunes, make them available for streaming, and suggest other songs in line with the taste of the listener. According to its official website, experts help in handpicking songs, artists and albums based on what the user listens to and like. Aside from recommendations, with some help from Siri, the user may also browse through his old searches or see what music is currently trending.

Moreover, it also features Beats1, an online radio that streams all day with studios broadcasting from Los Angeles, New York and London. Headed by DJ Zane Lowe, Ebro Darden and Julie Adenuga, Beats1 also has block programming for celebrity interviews, definitive song genres and other interesting shows such as “Othertone with Pharell,” “Money, Pizza, Respect with The Fat Jewish” and Beats 1 LDN. The radio offers various shows every month.

With Connect, fans can also have a closer look on their favorite musicians’ works as it allows them to have access on some candid backstage photos, in-progress lyrics and rough cut of a new music video. Fans may comment on whatever post an artist makes and there is a possibility that the artist replies directly to the user. Lastly, they may follow profiles of any artists in order to get updates from them.