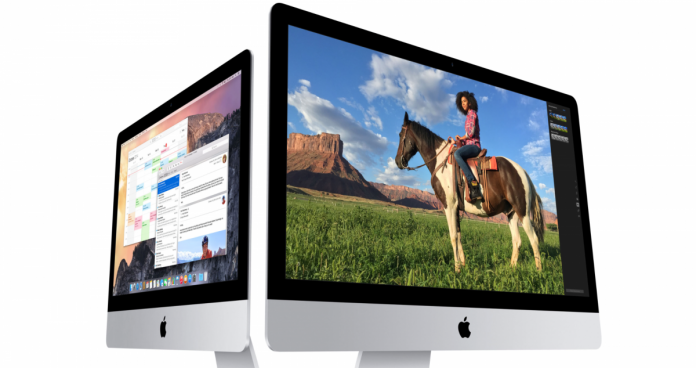 The new releases of Apple 4K iMacs are expected to hit the Apple Retail Stores very soon, along with possible releases of new accessories that can be used for the new iMac computers.

According to 9to5Mac, multiple reliable sources report that Apple is currently preparing to release the new 21.5-inch 4K iMacs soon, with the possible availability date as early as October 13. However, quantities that will be sold n the initial selling period will be kept to a limited amount, as the tech giant will be increasing the stock availability of the new computers in November.

The new 21.5-inch 4K iMacs will look the same as the current non-4K version of the computer, with the major highlight of the new release being the stunning 4096 x 2304 pixels 4K resolution, and much powerful graphics cards compared to its predecessor. It is also speculated that the new 4K iMacs will come pre-loaded with OS X El Capitan version.

While no word whether it will be coming with the new 4K iMacs, Apple has been reportedly working on new peripheralsa new Force Touch equipped mouse called Magic Mouse 2, which was already spotted at the Federal Communications Commission (FCC) database.

In other news, the iPad Pro, the massive 12.9-inch tablet from Apple, may finally be available for purchase online starting later this month, and will be finding its way to Apple Retail Stores and retailers early November.

According to a report by 9to5Mac, the Apple iPad pro, along with the new Apple TV, will be available in Apple Retail Stores starting early November, a reliable source claimed. This is after the two devices from the tech giant become available for online purchase in late October.