Apple has announced that it has finalized a deal to acquire magazine subscription service Texture, which is known as the “Netflix of magazine publishing.”

The acquisition puts the Cupertino-based company in a good position as a purveyor of trusted information and quality content, amid the continued spread of fake news in various digital platforms. The amount that the company paid in order to acquire Texture has not been disclosed.

“We’re excited Texture will join Apple, along with an impressive catalog of magazines from many of the world’s leading publishers,” Eddy Cue, Apple’s senior vice president of Internet Software and Services, said in a statement. “We are committed to quality journalism from trusted sources and allowing magazines to keep producing beautifully designed and engaging stories for users.”

“I’m thrilled that Next Issue Media, and its award-winning Texture app, are being acquired by Apple,” said John Loughlin, CEO of Next Issue, in a statement. “The Texture team and its current owners, Condé Nast, Hearst, Meredith, Rogers Media and KKR, could not be more pleased or excited with this development. We could not imagine a better home or future for the service.”

Since it was launched in 2010, Texture has become of the leading multi-titles subscription service that gives users access to some of the most widely-read magazines in the world. It features digitized versions of over 200 popular magazines, including Rolling Stone, People, Forbes, Vanity Fair, Entertainment Weekly, and Sports Illustrated.

This is not the first time that Apple has made an acquisition in magazine publishing. In 2014, the company acquired PRSS, which led to the creation of Apple News.

Previously, Apple had a Newsstand app of its own, but the service never took off, and Apple decided to just terminate the service. 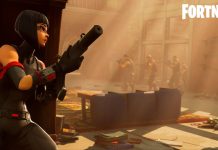 'Naruto Shippuden Ultimate Ninja STORM 4' news: gamers will have the...