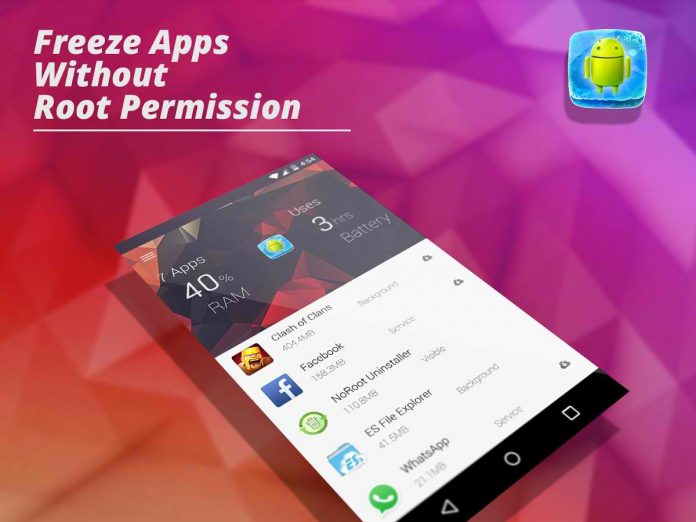 A new app on the Google Play Store has been made available just recently. The App Freezer (NoRoot) application, developed by AJK Labs, optimizes applications and phone performance without the need for the phone to have root access and the app be granted root permission (thus the name itself).

As described on their Google Play Store app page, the App Freezer will “freeze apps that consume RAM and battery with just one click. Previously it required root permission to do so, now with App Freezer you can achieve app hibernation without rooting your phone. The best battery saving and RAM boosting app in Google Play store.”

This works by having users select which applications that consume unnecessary RAM, and then hibernate them off with just one tap. The app also has the White List feature, which lets users safeguard their favorite apps so that they will not “hibernate” them off by accident. The application will also show important statistics about the device’s battery and RAM status.

Released last September 8, the app now has a review star score of 3.6, averaged out of 37 reviews (as of the moment of writing). The App Freezer (NoRoot) application is compatible to most devices that boots on Android Jellybean 4.1 and later.