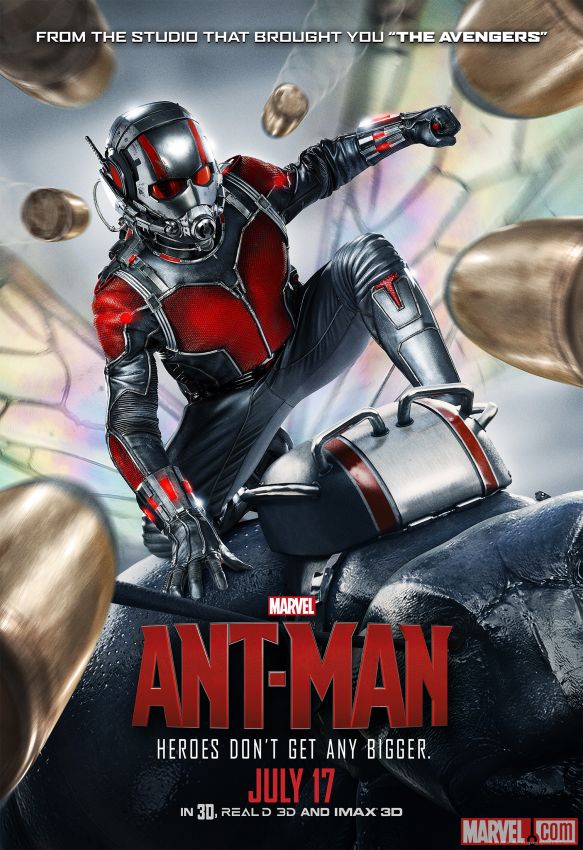 One of the upcoming films this July is making waves and spiking movie box office expectations. News Day reports that Ant-Man will be scheduled for theater release this July 17 and the new small superhero is expected to rake in big at the box office. Around $60 million is expected on opening day. Apart from this, the trailers (including the most recent one) indicate how deeply embedded Ant-Man is in the Marvel Cinematic Universe concept that they have going.

Christine Everhart is one of the clues generously given on how positioned Ant-man is in the cinematic universe. The Hollywood Reporter highlights the teaser on Ant-Man showing her anchoring for WHIH, a famous news show in the Marvel Cinematic Universe and reporting about events post-Ultron attacks which was the last crisis tackled in the Avengers storyline. Previously, Everhart was nursing a crush on Tony Stark and was characterized as a Vanity Fair writer in the old Iron Man movies. The change depicts a trajectory in her career which subtly positions Ant-Man in the Marvel cinematic timeline.

In addition, the launch climate of the movie is also helping. Jurassic World viewers have seen the preview for Ant-Man and the movie is getting more steam compared to Terminator Genisys. Consequently, Ant-man is one of Marvel’s relatively lower budget films at $130 million.

The story centers on Scott Lang, a father who is in need of redemption and transforms into the hero for the world and his daughter. He finds this through the invention of a suit by a scientist named Hank Pym that allows him to shrink and move around freely. Pym employs Lang for a mission that will help save the world. In the middle of all that action, they have to contend with Darren Cross and alterego Yellowjacket who intends to use it for shadier purposes.

'Suits' season 6 premiere spoilers: No getting out of prison for...