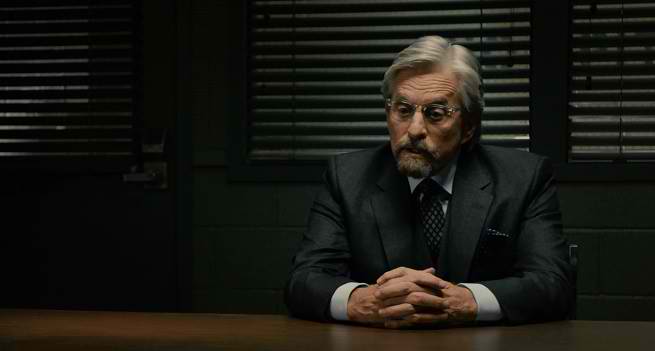 “Ant-Man” may be a movie featuring a tiny superhero, but the film’s scale and success are in no way tiny. After being a blockbuster hit in theaters internationally, the film will now have a sequel as the “Ant-Man and The Wasp” gets added to the newly updated roster of films of the Marvel Cinematic Universe. With most of the lead characters returning, Michael Douglasoriginally signed for only a single film dealwill also be reprising his role as Dr. Hank Pym, the original Ant-Man and the inventor of the Pym Particles which makes shrinking possible.

In a recent interview with Collider, Michael Douglas talked about how much of a comic book fan he is, how he felt about coming back for a film that was not even planned in the beginning, and to be called for a sequel that he was not originally meant to be in.

While he plays a very important and significant role in “Ant-Man,” Douglas himself was not really that much of a comic book fan.

“They’ll call me if they need me,” Douglas described the kind of comic book fan he is, and his dedication to the Marvel Cinematic Universe. “I never was a big comic book guy growing up, I had to do my research for ‘Ant-Man’ and in the Marvel world in general.”

Does it feel good to be back? While he was not meant to do any more films for the MCU, being an actor that is strangely singe for only one filmsince most actors are singed for multiple film appearancesDouglas once left behind the character of Dr. Pym. But with his portrayal of the old hero getting good reception, he was naturally called on to be back.

“It’s always nice to be wanted,” he said. “And again, it was very thoughtful of them early on to express their interest, and also clearly they gotta know whether you’re in or out so they can start writing the script, they’re smart enough that they don’t want to start writing something if you’re notbut I think they do that too. Obviously I’ve done, you know, a lot like Anthony Hopkins maybe and a couple of other people, they don’t wanna scare you away by making you sign up to a series of movies which they may or may not want to do if you’ve ever been in that world before. But I certainly am grateful and looking forward to it.

“I enjoyed myself immensely and I loved the final result. I’m proud to be part of it,” he added.

'Bloodline' season 3 spoilers: how John's actions will affect him and...