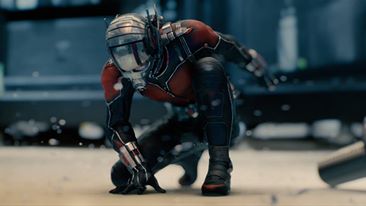 “Ant-Man” main star Paul Rudd’s adventures did not end with the 2015 blockbuster film. The character will play a part in the upcoming and much awaited “Captain America: Civil War,” and it recently spun off a sequel that was not originally planned”Ant-Man and the Wasp.” With the growing significance of his character in the Marvel Cinematic Universe, Paul Rudd recently talked about Ant-Man’s sudden popularity and his bigger role in the world of Marvel films.

In a recent interview with Superhero Hype, the actor said that since the beginning, he had the feeling that Scott Lang’s adventure would not end with just one film. He also gave details as to their plans for the upcoming sequel that will debut Evangeline Lily as the new The Wasp.

“I know that when I signed up for it that there was always the potential that they’d do another one or it would tie in in some way, but specifically, I wasn’t aware and I’m still not totally aware of how that’s the case,” Rudd said. “We are doing a second one, so those meetings are starting to be scheduled and underway as far as what it’s going to be. We’ll start writing it soon.”

The upcoming sequel will be written by Andrew Barrer and Gabriel Ferrari, with Rudd as a co-writer. Also, Michael Douglas is set to reprise his role as Hank Pym, the original Ant-Man.

The actor also talked about scheduling his possible participation in other non-“Ant-Man” films, aside from his upcoming sequel.

“Marvel’s been great, as far as if I have something else and they’ll work around it,” he shared. “It’s not like I’m working on a series which might be a little trickier as far as schedule. I worked on ‘Civil War’ and I didn’t really work on it for very long, but as far as ‘Ant-Man 2,’ I already know when that’s going to go, so you just kind of plan accordingly. If anything comes along that I can film before or after and it works out time-wise and it makes sense, Marvel’s been supportive.”