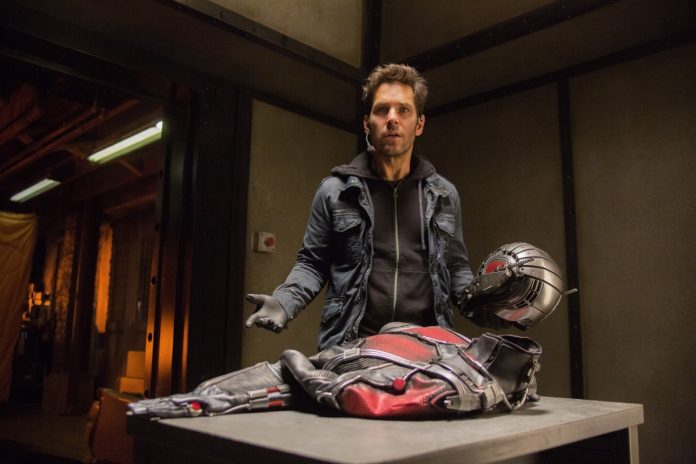 With the cameo made by “Ant-Man” in the recent Marvel team-up film “Captain America: Civil War,” fans of the superhero are said to be excited about the confirmed upcoming sequel for the character played by Paul Rudd.

Speculations suggest that Sharon Stone may join the cast in the second movie titled “Ant-Man and The Wasp.” During her recent guesting in “The Late Late Show with James Corden,” the actress revealed that she will have a small appearance in one of the studio’s new projects.

Although she did not disclose specific details about her role and whether she will be on board with Disney or 20th Century Fox, rumors have it that she may become part of the second installment in the aforementioned franchise as Janet van Dyne also known as the original Wasp. If this comes to fruition, she may appear in a flashback scene with husband Hank Pym (Michael Douglas) as they reveal how her superhero alter-ego was developed when their daughter Hope van Dyne (Evangeline Lilly) was still young.

There are also assumptions that during the first entry in the film series, a silhouette which resembles the female character is said to be spotted when Ant-Man was coming back from the quantum realm. Fans think that the Wasp may still be alive contrary to his husband’s belief that she is dead or lost in the abyss.

However, since there is no official confirmation from Marvel, available information should be taken with a grain of salt.

In a related note, studio head Kevin Feige revealed that they previously considered introducing the new version of the Wasp in “Civil War” but decided otherwise, “We did [talk about it]. Wasp was in early versions of that [big fight] sequence as well, but we said, ‘We want to save that for Ant-Man and the Wasp,’ because that’s so much what the movie is going to be about: her as a hero.”

He added that the fans will get to see more of the giant Ant-Man in future film, “It’s usually pretty organic [deciding which characters to use]. Because, again, we’re a relatively small group at Marvel studios, so everybody knows what everyone else is doing. I saw some… let’s just say that, when something cool pops up in one of the other movies, people want to use it in upcoming movies.”