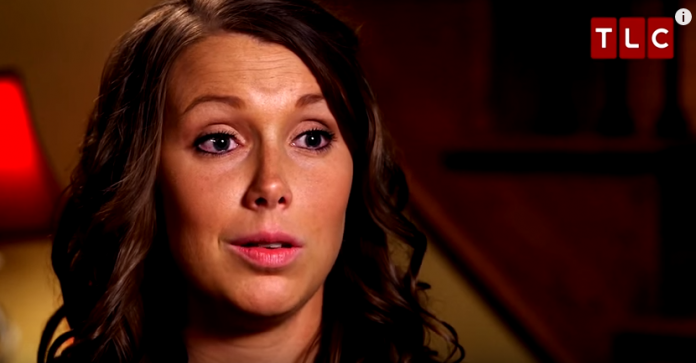 Anna Duggar recently revealed that she visited husband Josh Duggar, who is currently in a rehabilitation center.

The former “19 Kids and Counting” star took to the family’s official blog to share what she has been up to following the scandals her husband faced, which lead to the cancellation of the reality series.

“Many have asked how I am doing. So many have asked that it’s actually humbling and touching. 2015 was the most difficult year of my life. Yet, amazingly I’ve found that in my own life crisis God has drawn near to me (‘He’s near to the brokenhearted’ Psalms 34:18) and my faith has been more precious to me than ever before,” the 27-year-old mom wrote.

She added that she has been to Rockford, Illnois where Josh has been undergoing faith-based treatment. “Just recently I visited Josh. It was an important step on a long difficult road,” she further reflected.

Last August, Josh confessed to cheating on Anna and being addicted to pornography when hackers revealed that he has paid accounts on Ashley Madison, a website that focused on extramarital affairs.

During a confession in the recently wrapped spin-off show “Jill & Jessa: Counting On,” Anna refered to Josh’s action as a “betrayal.” “It was definitely a hard thing, and I think it is such a betrayal for a spouse to go through what we’re walking through and… it was hard.”

“It was hard to realize that it was such a public thing, so not only was it a betrayal against me, but it was also a betrayal for those who call themselves Christian, because here we were as a Christian couple and everyone was able to see us get married and to vow before God to be loyal to each other. And [then] that loyalty was broken,” she concluded.

An anonymous Duggar family source shared to Entertainment Tonight previously that the members of their family were taught to have a new level of forgiveness towards Josh which may mean that Anna may be planning on getting back together with the father of their four children – five-year-old Mackenzie, four-year-old Michael, two-year-old Marcus, and six-month-old Meredith Grace.