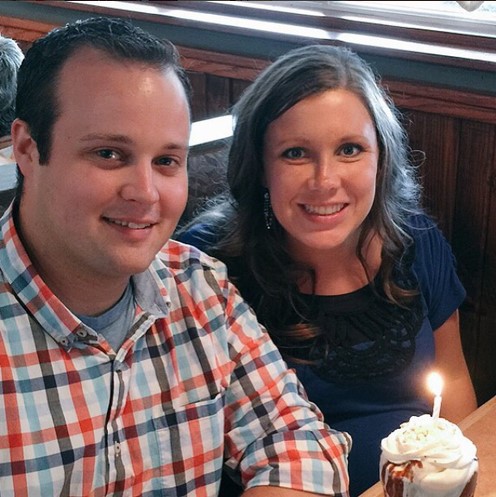 Fans who have seen Anna Duggar’s first appearance in the promo for her sisters-in-law’s spin-off special, “Jill & Jessa: Counting On,” have expressed concern over her frail demeanor and worried that her marital woes may be affecting her health.

Anna will appear in the show to speak about the problems in her marriage caused by Josh’s involvement in a sexual molestation case when he was just a teenager and his exposed account on Ashley Madison after the website was recently hacked, the Inquisitr reported.

It will be the first time that Anna will address her ordeal after months of keeping a low profile.

“My thoughts were for Anna. You’re angry and hurt and all of those emotions mixed together. I cried a lot of tears, I still do. I know I am hurting,” Jill said in the sneak peek.

Aside from dealing with her husband’s infidelity and reported addiction to pornography, Anna also has to deal with a lawsuit filed by an adult movie star Danica Dillon, after the latter accused Josh of assaulting her during a paid encounter. She is suing the former reality star for $500,000 in damages.

Because of these issues, it is being speculated that Anna will soon decide to give up on her marriage and file for a divorce from Josh, who is currently checked into a rehab facility to deal with his addiction.

Meanwhile, it has been reported that Josh wants to do everything to save his marriage.

“He wants to prove to her that he is a changed man and will never ever betray her again. He wants to a have an elaborate ceremony as soon as he gets out of rehab and make it a really special occasion for Anna,” a source told Hollywood Life.

'The Bachelor' season 21 rumors: Is Chase McNary the next star?

'How to Get Away with Murder' season 3 premiere spoilers: Pete...