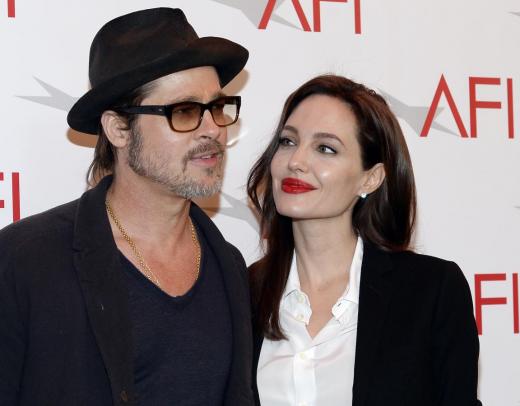 Rumors that Hollywood A-listers Angelina Jolie and Brad Pitt have already divorced are still gaining a lot of buzz, with the recent assumption that the couple’s split is due to an apparent jealousy over another actress.

As reported by International Business Times, the movie star duo are on the cover of the latest issue of Life & Style magazine with the captions “Angie’s weight drops to 90 pounds as she faces her third divorce” and “Already living apart.”

An alleged insider told the magazine that, “The relationship has disintegrated into withering glances and stony silences. Brad feels that their almost two-year union is unsalvageable.” The pair has been together for 11 years with two years being husband and wife when they made their union official back in August 2014.

The report added that Jolie is deemed to be jealous of Pitt’s co-star Marion Cotillard in the upcoming movie titled “Allied” and feared that the French actress may steal her husband away from her. “The resentment has been eating away at Angelina. She’s prone to think that since she was once Brad’s co-star and seduced him away from his wife, the same will happen to her,” the insider added.

However, Gossip Cop debunked the assumptions as mere speculations and claimed that there is no truth to them. It also pointed out that the magazine has rehashed the previously disproved tablet stories.

Neither Jolie nor Pitt has commented yet on the matter.

Menwhile, fans may catch Pitt’s new romantic thriller movie set in World War II on Nov. 23. He portrays an intelligence officer in 1942 North Africa who encounters a French Resistance fighter, played by Cotillard, on a deadly mission behind enemy lines. The two reunite in London and find their relationship being threatened by extreme pressures of the war.

Joining them as cast members are Jared Harris, Lizzy Caplan and Matthew Goode with Robert Zemeckis taking the helm as director. The film is currently under production in London and Canary Islands.