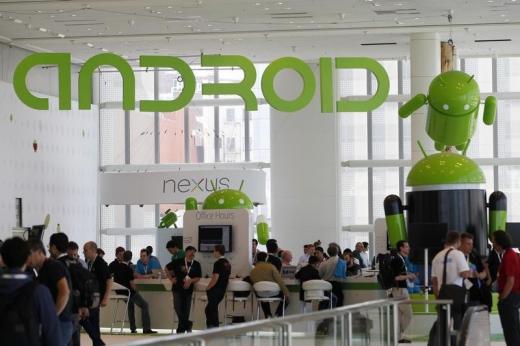 With recent rumors indicating that search engine tech giant Google is developing a virtual reality (VR) feature for its Android platform, speculations abound suggesting that something about the Android VR might be unveiled at the upcoming Google I/O Developers Conference.

Brian Tong of CNET believes that this year’s Google I/O might have something about the Android VR due to the event’s schedule featuring a lot of sessions focused on the VR field.

It is also believed that Google’s Android VR might be on the lower end of the scale when it comes to VR devices. Tech Journalist Peter Rojas, co-founder of publications Gizmodo, Endgadget and Joystiq, posted on Twitter last week stating what he heard about the Android VR’s capacities.

In his post, Rojas said that he believed that the “Android VR will definitely be announced next week” and it “will be less powerful than the Vive or Rift.”

Interestingly, the recent buzz about the Android VR is peculiar. While The Wall Street Journal reported last year that Google had plans for VR integration into Android, there was no real concrete news about the feature’s existence.

It was not until last week when partially concrete evidence finally arrived. An icon for the Android VR appeared among the listings under the “Pricing & Distribution” tab of the Google Play Developer Console, further fueling speculations.

Though the icon was greyed out and clicking it did nothing, indicating that it was just a placeholder of some sort, the icon’s existence at least somewhat confirms that Google truly is working on a VR function for the Android platform.

Fortunately for Android and VR fans, the Google I/O 2016 is right around the corner. Google I/O 2016 will take place on Wednesday, May 18 at the Shoreline Amphitheater in Mountain View, CA.

StarCraft 2: Legacy of the Void release date of Nov 10...