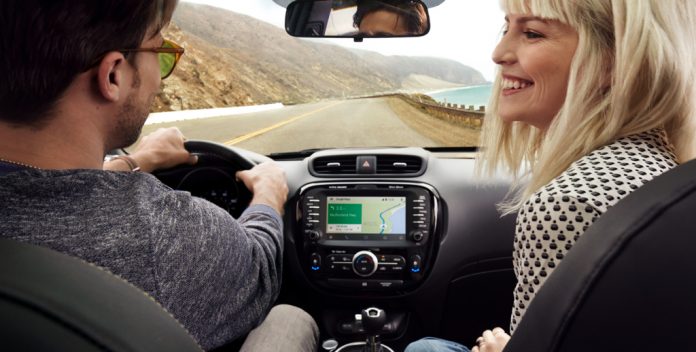 Android Auto and Apple CarPlay are both new but they are getting a lot of raves and support from even luxury cars. The Cadillac 2016 models will integrate these into their vehicles through their enhanced Cadillac User Experience (CUE).

This will first roll out CarPlay while Android Auto will still undergo validation testing. Cadillac will be using it on the SRX Crossover car model according to Tech Times. Hyundai, for its part, will provide support for the Auto on its Sonata model.

Initial tests indicate that the integration to car’s built-in features like AC, heating, radio FM or AM is still pretty basic for both Android Auto and Car Play. Both have only a  few apps that it can support at the moment. The Pioneer stereo and navigation system is the only one so far that has support for Android Auto and Car Play, according to a report by Tom’s Guide.

It comes naturally that Android Auto and Car Play are pitted against each other for various categories and features.

A comparison video posted by 9to5 Mac, ruled that in terms of of UI or Visuals, the Car Play has the advantage. Both apps do not have support for Pandora. Meanwhile, music, voice control commands and map navigation are commanded by Android Auto. In terms of car integration potential, Apple Car Play had the upper hand because it went wireless compared to the Android Auto which connects through a USB wire. Despite the advantage of going wireless, fluidity of usage while on the road is better on Android Auto, according to the review.

“Overall, both experiences are very similar, but there’s a clear difference between the two that may come with a few sacrifices depending on your needs,” the reviewer said.

The decision for Car Play to go wireless was announced in the keynote presentation at the Worldwide Developers Conference, according to CNET. Insiders also discussed the problems that this may pose on bandwidth and batter life requirements, and it is something that Apple can work on while refining these first versions. Android Auto has yet to come up with a similar major announcement or development on the product but both have been equally well-received and have gained their own following.